Google is no stranger to experimenting with strange new apps, but its latest one introduces a few more incentives than usual. Currently in Early Access on the Play Store, Task Mate promises to reward users for completing simple tasks — and those rewards come in the form of cash.

Based on the Play Store listing screenshots, these tasks can include basic things like photographing a storefront or recording yourself saying phrases like "how do I get to the nearest railroad station?" While Google requests many of the tasks to build up more data for itself, it looks like other entities are free to request tasks as well if they're in need of crowdsourced info.

According to the app's support page, tasks are assigned based on user performance, with high emphasis on accuracy. Your task results are checked against others who completed the same assignment, and the requester can perform a "spot check" of your work. 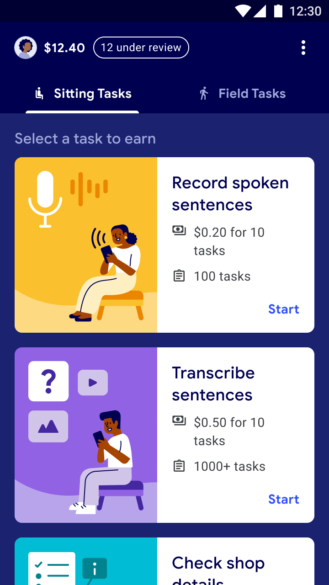 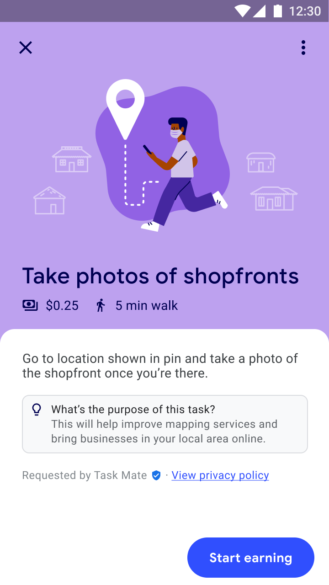 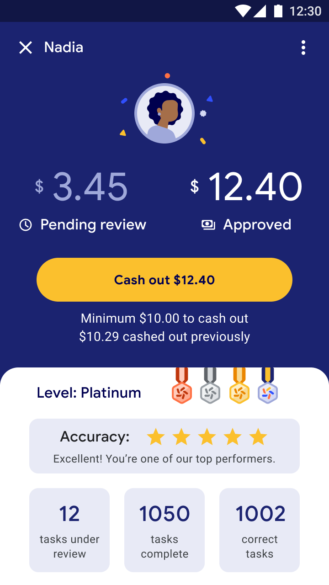 I could be doing worse things that exercising my legs for five minutes to earn a quarter.

Much like with Google Opinion Rewards, you won't be able to quit your day job with the compensation Google offers. At least Task Mate seems to pay in actual cash though, rather than mere Play Store credit. A minimum of $10 is required to cash out, which could take a while depending on how many and what kind of tasks you're assigned.

The app listing is live on the Play Store now, although it's limited to certain regions like India and Kenya at the moment. If all goes well during the testing phase, Google could roll out Task Mate to other areas. Now that the Screenwise program is dead, this would be a great new way to generate more data for Google and more pocket change for interested users.