The new feature is live in Google Search, and there are a couple of ways of triggering it. You can either search for "happy thanksgiving," or trigger Google Translate and select a turkey emoji (🦃) in the drop-down list. 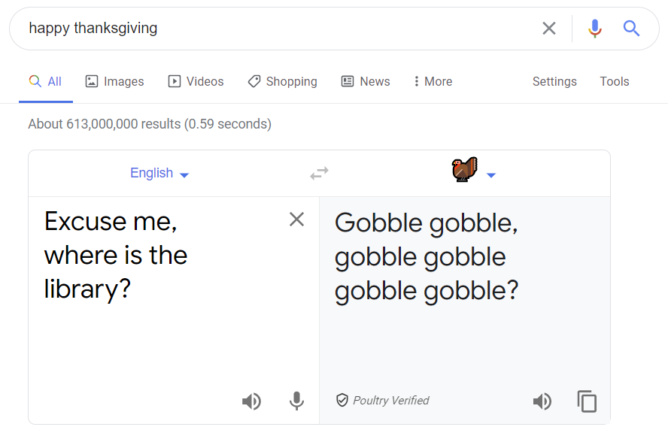 A rather writerly translation, don't you think?

However you get it to appear, Google masterfully and expertly translates your text into perfect turkey — probably via machine learning. It works with any input language, and there's even a spoken audio translation with impeccable pronunciation.

According to Google, the feature is available in the US, so we can't be sure that it will appear for our international readers, who likely aren't celebrating Thanksgiving anyway.