After the success of Bridge Constructor Portal, it would appear Headup Games has been working on a new branded release for the franchise that's themed around The Walking Dead TV show. Well, the studio recently teamed up with the YouTuber Drae to show off the game in action, and while the commentary is often cringeworthy, the 20-minute video still offers a solid look at how Bridge Constructor: The Walking Dead plays. So if you'd like to take an early look, Drae's video is available below the break.

As you can see Bridge Constructor: The Walking Dead mostly looks and plays like all of the other Bridge Constructor games in the series, though this time around, you'll create bridges to escape hordes of zombies. So at the very least, the theme suits the puzzle-based franchise. Headup has also released a list of features for the game, which you can read through below.

What we do know is that Bridge Constructor: The Walking Dead will be released on Android, iOS, the Xbox Series X, as well as PC, Mac, Linux, PS4, Xbox One, and the Nintendo Switch sometime this year, with a PS5 release arriving later. But like I said earlier, there's no specific release date yet, so we'll all have to bide our time as we wait for more information. Here's hoping Headup can nail down a date soon since the year is almost over.

BRIDGE CONSTRUCTOR: THE WALKING DEAD - A FIRST LOOK WITH DRAE

Kenny has been producing daily gaming content for many years and has amassed a following of over 2 Million Subscribers on YouTube. He is a passionate advocate for the Indie Game scene and showcases a plethora of different genres of Indie Games on his YouTube channel.

Bridge Constructor: The Walking Dead will be released later this year across all major systems, including the Xbox Series X, as well as PC, Mac, Linux, iOS, Android, PS4, Xbox One, and Nintendo Switch. A version for PS5 will follow soon, cross-buy included!

Join a group of survivors as they fight against hordes of undead walkers and a hostile human community. Build bridges and other constructions through bleak landscapes and ruined structures. Team up with fan-favorite characters like Daryl, Michonne and Eugene, and create safe passage for iconic vehicles from the series.

Use movable level objects, explosives and baits to your advantage as you lure walkers into lethal traps and guide your survivors to safety. Enjoy the physics-based frenzy and ragdoll animations as walkers succumb to the forces of gravity.

AMC’s The Walking Dead meets Bridge Constructor™
Create elaborate constructions and lethal traps
A captivating plot featuring new faces as well as iconic characters and vehicles from the series
Numerous brain-teasing levels and countless brain-eating walkers
Make use of movable objects and explosives to lure walkers to their doom
Save your survivors and smash the undead hordes
Brutally funny walker ragdoll physics.
https://store.steampowered.com/app/1336120/Bridge_Constructor_The_Walking_Dead/
About Headup

Headup is a hybrid games publishing and development company providing players worldwide with the best content in the independent gaming sector. Established in 2009, it is active on all major platforms such as consoles, mobile devices and PC, and was awarded as "Best Publisher" at the German Developers Awards in 2012, 2013, 2017 and 2019. With over 80 million customers served on mobile and further several million players on the PC and consoles, Headup is always looking to raise awareness and commercial success for developers thinking outside the box. More information can be found at www.headupgames.com and twitter.com/headupgames.

AMC is home to some of the most popular and acclaimed programs on television. AMC was the first basic cable network to ever win the Emmy® Award for Outstanding Drama Series with Mad Men in 2008, which then went on to win the coveted award four years in a row, before Breaking Bad won it in 2013 and 2014. The network’s series The Walking Dead is the highest-rated series in cable history. AMC’s current original drama series are Better Call Saul, Dispatches from Elsewhere, Fear the Walking Dead, NOS4A2, Quiz, Soulmates, The Walking Dead, The Walking Dead: World Beyond and the forthcoming series 61st Street, Kevin Can F Himself, Pantheon and National Anthem. AMC also explores authentic worlds and discussion with original shows like Talking Dead, AMC Visionaries and Ride with Norman Reedus. AMC is owned and operated by AMC Networks Inc. and its sister networks include IFC, SundanceTV, BBC America and WE tv. AMC is available across all platforms, including on-air, online, on demand and mobile.

ClockStone Software is an Austrian company specialized in game development across numerous platforms such as iOS, Android, PC, and Xbox One. Their many years of experience with the Unity 3D technology allows for state-of-the-art graphics as well as efficient product deployment to various mobile market places. Their product range is multifaceted - from action role playing to simulation and puzzle games. ClockStone published their mobile game hit “Bridge Constructor” on Android in 2012 and have since developed several also very well received successors with their publishing partner Headup. Please find more information at www.clockstone.com.

Bridge Constructor: The Walking Dead will land on November 19

Don't you just love it when developers make a big show of announcements that don't actually announce anything useful? I know I do, which is why I'm enthralled to learn four days after the last announcement that Bridge Constructor: The Walking Dead will be officially released on November 19. Why Headup didn't throw this date around four days ago when it was sending a mass of PR to numerous outlets, I have no idea, but here we are all the same. While it's comforting to finally know when the game will be released and that this release is only a week away, it would appear that Headup still hasn't bothered to mention how the game will be monetized.

At the very least, the game is now listed on the Play Store for pre-registration. So if you'd like to receive a notification on release day, all you have to do is pre-reg through the Play Store widget at the bottom of the page.

Bridge Constructor: The Walking Dead lands on Android for $4.99

As promised, Bridge Constructor: The Walking Dead is now available on the Play Store, and you can pick it up for $4.99. This is a premium release, so there are no in-app purchases or advertisements to be seen. More or less, if you've played any of the previous installments in the Bridge Constructor series, you should know what to expect. You'll spend your time building bridges that function as physics-based puzzles, all so you can escape the rambling zombie hordes that are continuously following directly behind. Since the game sports a The Walking Dead theme, you can expect to find a few familiar faces from the TV show, such as Daryl, Michonne, and Eugene, though it's the gameplay that really shines in this release.

So if all of this sounds good to you, you can purchase your copy through the Play Store widget at the bottom of the page. 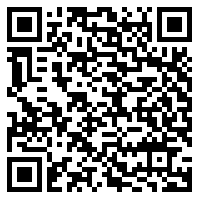