Chromebooks are hard to shop for these days. If they're even in stock, it's tough to tell which ones are worth your time. Thankfully, we've assembled a small list of our favorite models. Whether you need a cheap computer for the kids' homework or something capable to plug the work-from-home gap, a Chromebook can probably do the job, and these are the ones we recommend.

One thing that's worth noting now: Chromebook availability continues to be a little bit hit and miss these days (especially on Amazon). While things aren't as bad as they were earlier this year, some of our favorite models might still see some stock and price fluctuations across retailers.

This list is also obviously non-exhaustive. There are a lot of Chromebooks out there, and plenty of new hardware is always on the horizon, but these are our recommendations for the best Chrome OS-powered devices among a range of prices and utility categories. 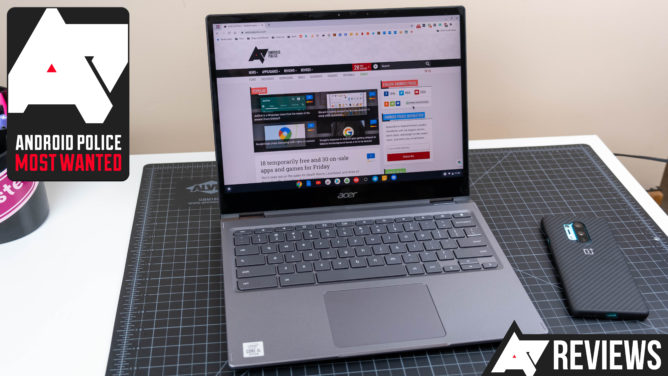 If you want something with some serious oomph behind it, Acer's recent Chromebook Spin 713 tops our list as one of the most powerful Chromebooks you can get. Configurations vary, but it packs a beefy 15W 10th gen Intel CPU, paired with plenty of RAM, and fast NVME storage. The 13.5" 3:2 touchscreen isn't some sub-1080p mediocrity, either, with a high 2256 x 1504 resolution. It even charges fast at up to 45W.

You might expect something like that to break the bank, but the Spin 713 is surprisingly affordable. With an MSRP of $630, you're getting quite a lot of bang for your buck, here — and it's already seeing discounts on top of that. In short, we can't recommend the Chromebook Spin 713 enough.

To be fair, most folks don't need this much power in a Chromebook. If you're just going to do a bit of light browsing on Facebook, this is overkill. But for those hoping to push performance with features like Chrome OS' Linux containers, or heavier duty development work, The Acer Chromebook Spin 713 is a beast.

This Chromebook will get updates until Jun 2028.

Where to buy the Chromebook Spin 713 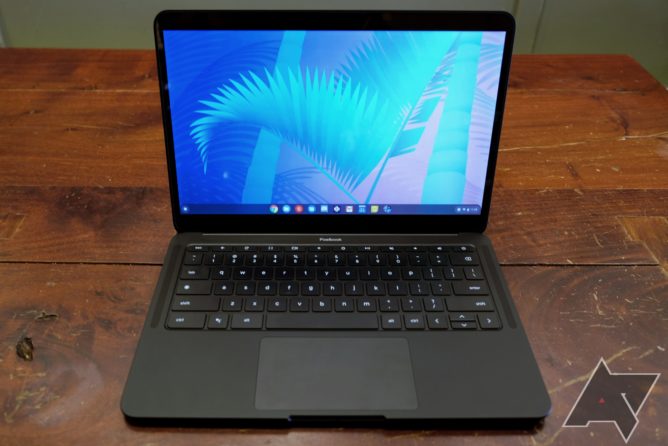 If you want a traditional laptop form factor, the new Pixelbook Go is a good (if slightly expensive) choice, packing in some decent specs, a lightweight design, good build quality, and one of the best keyboards out there. Processors range from Core M3 up to an i7, though there isn't too much reason to get the highest-end version if you don't plan on using it for development work or Linux apps.

The starting price of $650 might seem expensive for a Chromebook, and you can track down cheaper hardware on specs alone, but Google got many of the little details right, and we think that's worth the extra money for some. However, since this is a clamshell design, you shouldn't pick one up if you planned to use it as a 2-in-1 or tablet.

We also don't recommend the 4K, 256GB,  i7-powered version. It's too expensive ($1,400), overkill for most folks in Chrome OS, and there are reports that the higher resolution display results in some performance stutters.

The EOL date for the Pixelbook Go (when it is expected to stop getting updates) is June 2026.

Where to buy the Pixelbook Go

The Chromebook mid-range market is stagnating these days as competition at both ends is slowly squeezing the middle out. What used to be a sweet spot on the price to value scale has sort of merged with the top of the budget segment as older models creep down in price over time. That has changed our recommendations a bit.

Many of our previous recommendations have been discontinued all at once, and we can't in good faith recommend a Chromebook you can't actually buy outside sketchy used deals or third-party resellers. 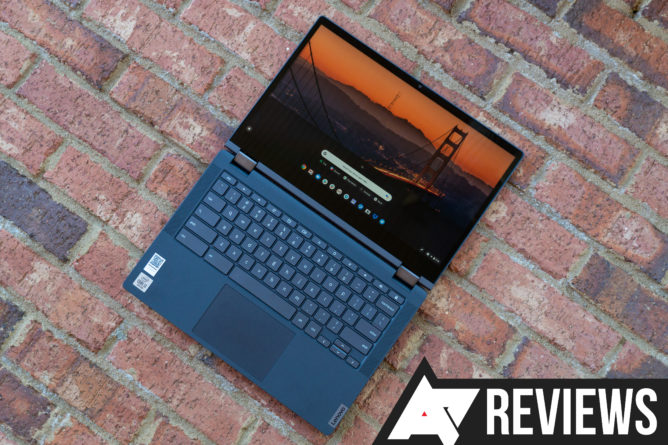 Lenovo's IdeaPad Flex 5 mixes together relatively premium parts like a 15W processor with a more budget-friendly 4GB of RAM, 32-64GB of storage, and lower DPI 1080p IPS touchscreen. The folding 2-in-1 design and massive 51Wh battery make it a long-lasting, touch-friendly affair.

It offers a more solid build than you'll see on less expensive Chromebooks, and a great keyboard, but 4GB of RAM isn't future-proof, and the screen could be better. But it starts as low as $360, going up to $400 for the i3-powered model.

If you want some oomph but don't want to drop a couple hundred more bucks, it's a good option. The Chromebook isn't listed yet on the Auto Update Expiration page, but we expect it to last well into 2028.

Where to buy the Lenovo IdeaPad Flex 5 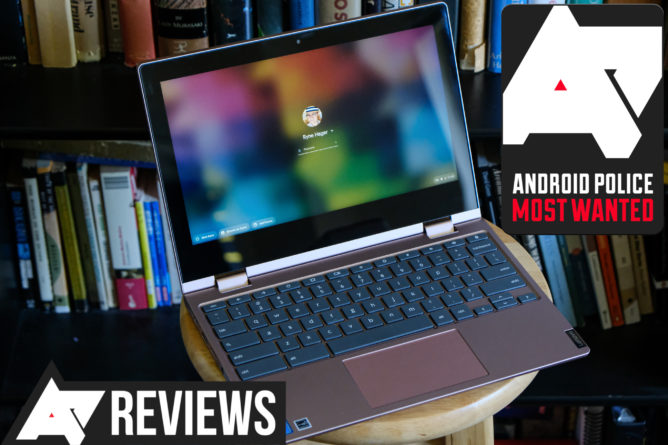 I loved the Lenovo C330, and the company later released an x86-based replacement: the 11" C340. Lenovo didn't ruin the sequel, either, following-up on one great Chromebook with another.

Initially, I wasn't as interested in the C340 given its price increase, but now that the C330 is sold out most places, it's probably your best bet — though I think the C330 is a better buy, if you can find one. Also note, there are two screen sizes for this model number (thanks Lenovo). You'll want the 11" version, it's less expensive and a better buy, though admittedly smaller.

Where to buy the Lenovo C340 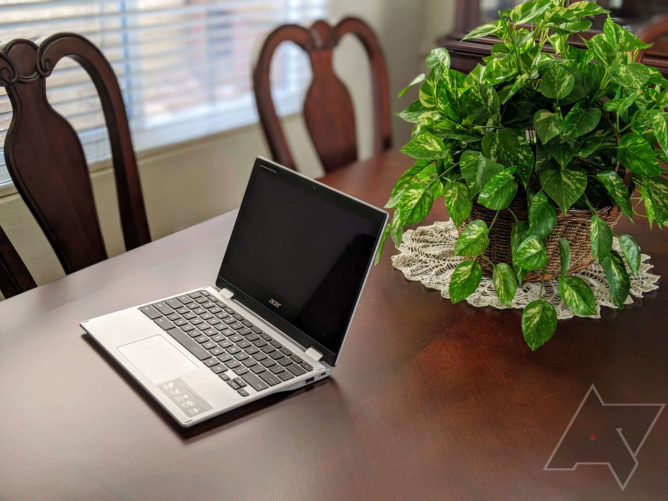 If battery life is among your biggest priorities, the Acer Chromebook Spin 311 and its power-sipping ARM chipset may be the way to go. (Note that there are several models — we recommend the latest CP311-3H-K5GD.) For a similar ~$300 price point, you get a 2-in-1 design with 4GB of RAM and 64GB of storage, paired with a 768p 11.6" touchscreen.

It's a little lighter on ports than the Lenovo C340, and we weren't the biggest fans of the trackpad, but it's got a good keyboard, decent build quality, great battery life, and a thin and light design, all in a package that doesn't break the bank. And it tops up relatively quickly at 45W, too, when you do run out of power.

This model of the Acer Chromebook Spin 311 will receive updates until June 2028 — though that has yet to be listed by Google.

Although this newer ARM-powered model of the Chromebook Spin 311 is a little harder to track down, there are a few places you can get it.

Where to buy the Acer Chromebook Spin 311 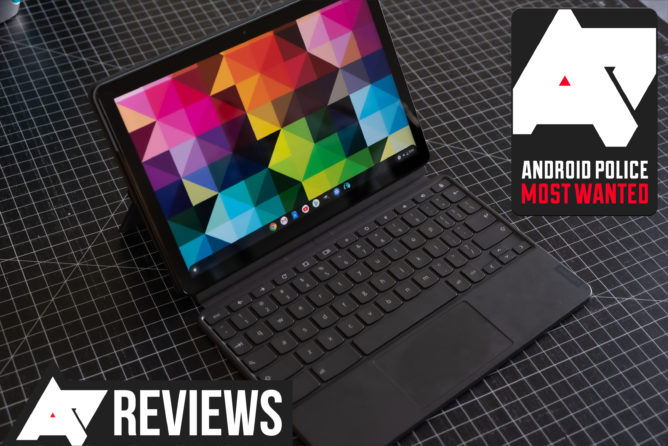 The Lenovo Duet had a lot of hype surrounding it at launch, and like almost no product in recent memory, it totally delivered. Just $300 gets you the best Chrome OS tablet experience you can get — we aren't even recommending any others. Sure, it's on the small side at just 10.1", but if you want a tablet, there's not much point in lugging around a 13" monstrosity, just get a laptop.

The MediaTek Helio P60T chipset won't compete with higher wattage parts, but performance is surprisingly decent, and the 16:10 1920 x 1200 IPS display provides a good picture. Pair that with 4GB of RAM, 64 or 128GB of storage, and a 27Wh battery, and it has both the power and longevity to do what you need.

Unlike some 2-in-1 detachables from other companies, you don't have to buy a separate keyboard at an inflated price, either. Just $300 gets you the tablet, a folding keyboard cover, and a kickstand. It might be a little on the thick side with all those things attached, and the touchpad could be better, but again: $300. It's an incredible value.

The Lenovo Duet will get updates until June 2028.

Where to buy the Lenovo Duet

Some older Chromebooks are still good options, especially if you can pick one up used. But, keep in mind the fact that Chromebooks don't get updates forever. Many models you'll see promoted at deal sites are several years old, and that great price hides the fact that they have almost no updates left — sometimes, they even try to sell them after updates have ended entirely. Be sure to check the end of life date if you spot something you're unfamiliar with on sale.

We have reviewed plenty of other Chromebooks favorably, but a list of the "best" sadly can't include everything, and we're sorry if your favorite Chromebook didn't make the cut.

Bridge Constructor: The Walking Dead now available on Android as a premium release