One year ago today, Google launched Stadia, which, at the time, seemed like a promising new player in the gaming space. I reviewed it back then and found that while streaming performance was everything I could've hoped for, the selection of games and availability of basic features were both lacking. The number of available games on the platform has increased roughly fivefold since day one, and a lot of the features that weren't ready for launch, like achievements and family game sharing, are here — but against the backdrop of the new PlayStation 5 and Xbox Series X, the service is still feeling half-baked.

In the interest of transparency, I have to confess: I'm an unrepentant Stadia fan. I love cloud gaming, in theory and in practice. Playing across multiple screens without dedicating space to a game console or PC tower is very appealing, and Google's solution is — in my opinion, at least — the most robust experience currently available. On my perfectly normal connection, streaming performance is fantastic, even in punishing, twitchy games like Doom: Eternal, Celeste, and Hotline Miami. And while the cloud-based competition does offer more games, unlike Xbox Game Pass, you can play Stadia anywhere — Windows, Mac, Chrome OS, Linux, TV (with a Chromecast Ultra), Android, and soon, iOS — pretty seamlessly. And compared to GeForce Now's awkward rent-a-PC approach, Stadia's user experience is highly polished. The Wi-Fi-enabled controller and easy screen-switching are also very slick. 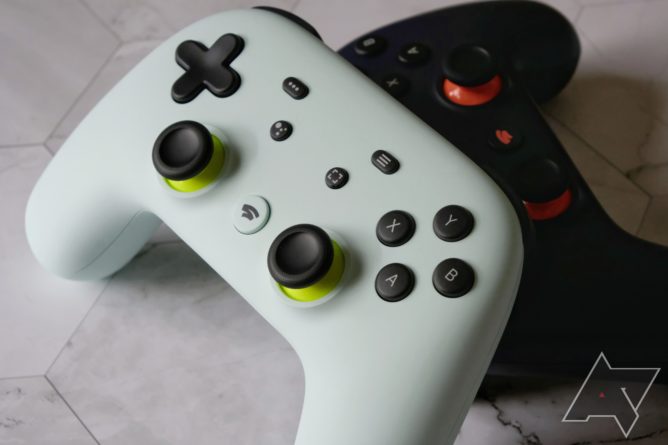 With strong fundamentals from the start, I'd assumed Stadia would be a breakout hit by now. Next-gen home consoles have landed, and they are not cheap: the top-of-the-line new PlayStation and Xbox are both 500 bucks. By contrast, the barrier to entry for Stadia is extremely low. If you have an adequate internet connection, it's practically nonexistent: Destiny 2 is now completely free on Stadia, no subscription required, and you can play it on just about any hardware you have laying around. Google's been more keen to discount controller/Chromecast bundles lately, too, and it even gave them away for free to YouTube Premium subscribers all over the world — a generous and smart move that surely increased the platform's brand awareness.

But unless you can't afford a PlayStation or an Xbox (which, to be clear, is not a possibility I'm discounting —  they're expensive), there's very little reason to choose Stadia over either of those consoles. PlayStation 5 has Spider-Man: Miles Morales (with optional ray tracing!) and a new Ratchet & Clank; Xbox Series X has Halo Infinite and Forza. Stadia has... Gylt and a version of Assassin's Creed Valhalla that's locked at 30 frames per second.

In Stadia's first year of availability, Google has managed to wrangle just over 100 titles onto the service. Quantitatively, that doesn't seem too bad for a brand new platform: by my count, the PlayStation 4 saw just over 160 titles released in North America within its first year on the market. But the key difference is that while PS4 owners could play more than 70 new games on the day they were released during the console's first year, including mainstream blockbusters such as Call of Duty: Advanced Warfare and Madden NFL 15, and exclusives like Infamous: Second Son, Stadia's seen a grand total of 15 day-and-date multiplatform releases and only a handful relatively low-profile timed exclusives like Gylt and Crayta. 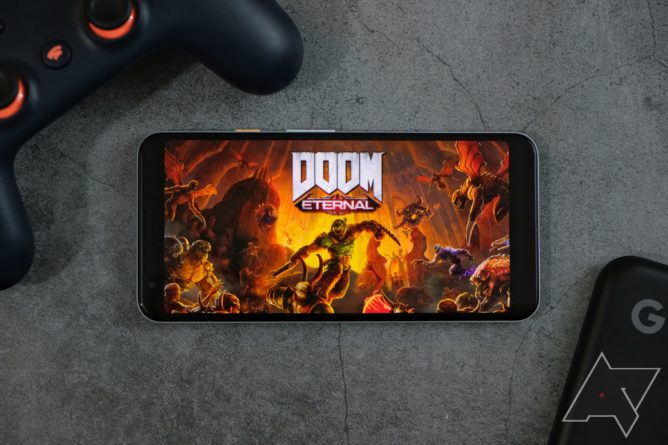 Doom Eternal is arguably Stadia's biggest day-and-date get so far.

In fact, more than half of the games available on Stadia today were originally released in 2018 or earlier. A lot of them are great, and plenty of them have been free for Pro subscribers, but a new game platform needs new games to thrive, and Stadia just isn't getting enough of them. More are coming — Cyberpunk 2077 and Far Cry 6 spring to mind — but if there's another upcoming title you're excited to play, odds are good you won't be able to play it day-one on Stadia, if you can play it there at all. And so far, there are few (if any) games that are a quantifiably better experience on Stadia than on consoles and PC, and some are actually worse. Assassin's Creed is locked to 30 FPS; Destiny 2 looks worse on Stadia than it does PlayStation 4 Pro (now officially a last-gen console).

Stadia's interface, as inoffensive to look at as it is, hasn't changed one lick since last year, either. You still can't search the store for games — only manually crawl through to find what you're looking for. Your only option for library organization is sorting your full list by order last played or alphabetically (and even that you can only do on mobile); you can't organize games into folders, and maybe worse, you can't remove games from your library view. I'm never gonna play Farming Simulator, Google. I'm sorry I claimed it. Please stop making me look at it. 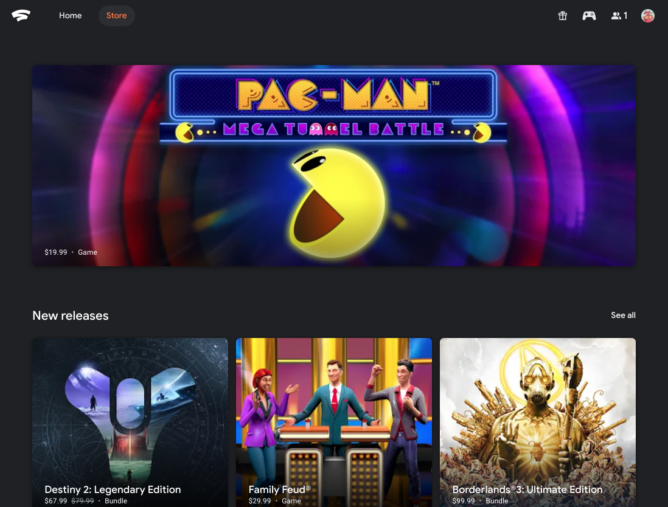 The irony of a Google product not having search isn't lost on me.

All this isn't to say Stadia is bad. Credit where it's due, Google has made strides since the service's launch: we've gotten a lot of promised features, including achievements and game sharing, plus Google Assistant integration, messaging, and some neat YouTube tricks. If you're interested in the games it includes, Stadia's $10 Pro subscription is an insane value. And the tech that powers the platform is wild — it practically would've seemed like science fiction even 20 years ago.

But Google hasn't done a great job selling the service as what it could be: a real challenger to console and PC gaming. Having spent a few weeks on Stadia post-launch last December, I wrote that "there's still not a lot here to make the case that Stadia is the must-have platform for someone looking to get into AAA gaming, let alone an established gamer who already owns current-gen hardware," but that that could change once new, expensive hardware came along. Well, the new, expensive hardware is finally here, and Stadia still isn't a competitive alternative. And I'm not sure how much longer I want to wait for it to be one before I give in and spring for a PS5.

I'm rooting for Stadia, but I'm frustrated with how slow its progress has been this first year. For a sunnier take, check out what our other resident Stadia nerd Zach Laidlaw had to say here.

Stadia one year later: The grass is looking greener from up here in the cloud