Creating creatures and characters for games takes up hours upon hours for designers, which is particularly a problem when you need thousands of individual models. That's where Google's Research and Stadia teams come in. Together, they've created an ML-based tool that could one day help designers make monsters for their games — and you can use that tool right now on the web.

The tool pictured in the image above is comprised of two panes. On the left, you see a schematic outline of a creature, with different colors depicting different body parts, such as head, mouth, ears, torso, horns, wings, tail, claws, and so on. You can use a paintbrush tool and an eraser to adjust the monsters to your liking and then hit the "transform" button to see what the machine-learning algorithm creates using your template. There's a total of four presets, and it's possible to upload your own schematic character designs made in Photoshop. You can download one of the preset creature outlines to get the necessary colors.

Since imaginary monsters and creatures usually won't wind up in front of cameras in the wild, the machine-learning algorithm behind the technology had to be trained with the help of game designers who created a few base monsters with two sets of textures — the outline with body part labels and actual character designs. These designs were rendered with the Unreal Engine, and then more were created via the GAN-based (generative adversarial network) ML algorithm. The designers and Google chose the best looking results in each round and fed these to the machine, until there were enough samples and they were happy enough with how the monsters turned out. Google says the designs could be used in a hypothetical digital card game that revolves around the concept of combining different monsters, which would require the algorithm to come up with new combinations all by itself. 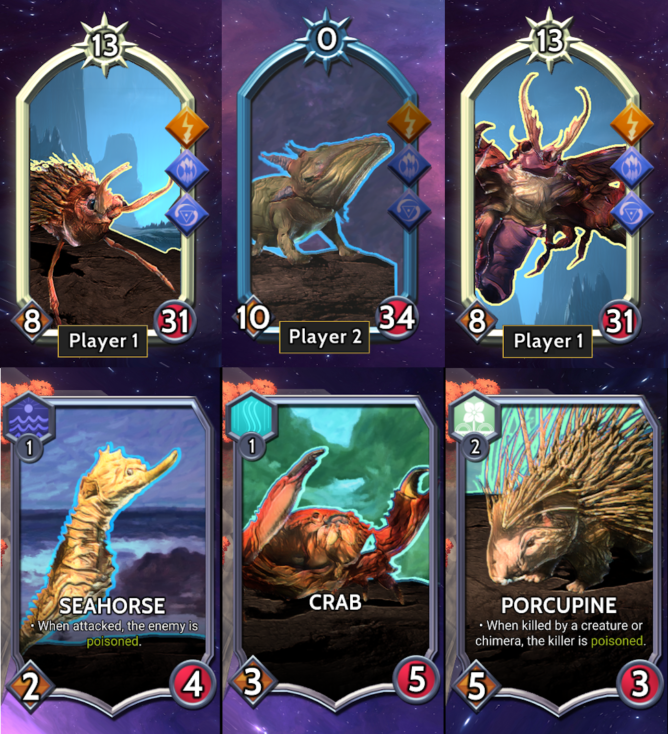 To get started with the tool, head to Google's Chimera Painter. And for a deep dive into the technology behind the tool, check out the company's in-depth blog post.