The Stream TV box can do all the usual Android TV things like install apps and stream videos from Netflix, but it's also compatible with Prime Video, which isn't a thing most Android TV devices can boast. It features a new Verizon UI that sounds a lot like Google TV in how it organizes content from multiple apps and services into a single hub on the homescreen. 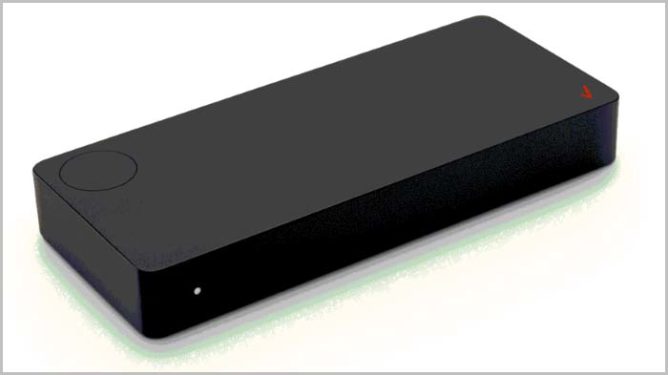 The hardware has a few new tricks as well, including a slim design that's less boxy than the original so that it can fit more comfortably in more places. It also comes with a wall bracket for easy mounting. The new voice remote never gets lost, because double-pressing the power button on the box itself makes the remote beep until it's located.

Verizon is also introducing a Stream TV mobile app to browse, buy, and watch VOD purchase, which can be billed directly to a Verizon account. It's available now on the Play Store. Customers can order the upgraded Stream TV box today for $69.99 — the same price as the first one. New Fios or 5G Home customers can get the box for free. If you're not ready to upgrade your hardware, don't worry; Verizon is rolling out the new UI and software improvements to the original Stream TV box soon.