Much like Snapchat and Instagram Stories, Fleets live in a separate row at the top of the Twitter homescreen. They're live for 24 hours (you could say they're fleeting) and can consist of photos, videos, tweet citations, text, and any combination of these. You can reply to content you see via DM or just send emoji reactions, depending on whether or not a "Fleeter" (is that what we're calling Twitter users who ... "fleet?") has enabled those.

That thing you didn’t Tweet but wanted to but didn’t but got so close but then were like nah.

We have a place for that now—Fleets!

Rolling out to everyone starting today. pic.twitter.com/auQAHXZMfH

Not too much has changed compared to the early look we had at Fleets back in March, so it was probably only down to a few tweaks and wrinkles that needed to be ironed out. In any case, it's not like Fleets is an original concept that needs lots of testing before you know how it works.

With the broad launch out of the door, only time will tell if Twitter is the right platform for a Stories-like feature. The network isn't as intimate as Snapchat used to be when it popularized the Stories format, and it's much more text-focused than Instagram. But Stories managed to change how Instagram works fundamentally, so who knows, maybe Fleets will have a similar effect on Twitter.

I can’t wait for someone to screenshot my Fleets and cancel me 😍 pic.twitter.com/DhOtmhvsaJ

Fleets are rolling out on Android and iOS globally starting today, and Twitter says that everyone should have them in "the coming days." It's a server-side update, so even installing the latest Twitter Alpha won't magically make the feature appear for you even if you're eagerly awaiting it for some reason. 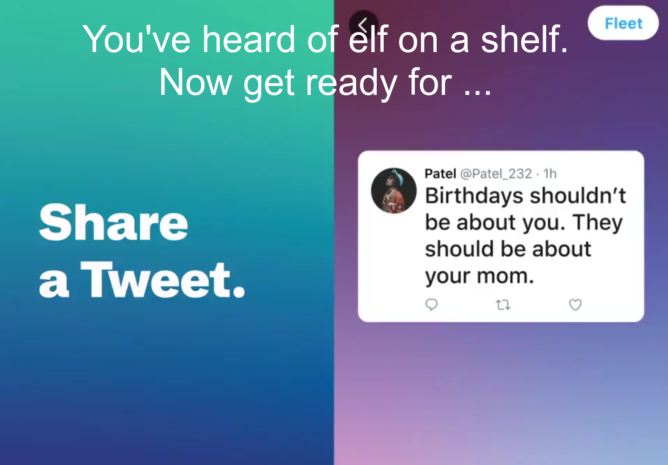