The bounty of budget Chromebooks continues to grow year by year, but most of them aren’t worth your time or money. Lenovo recently launched its C340 Chromebook, which shook up the budget segment by offering great specs at a low price. Now, Acer has a similar offering, the Chromebook Spin 311 (CP311-3H-K5GD), offering decent hardware and incredible battery life for just $320. The mediocre touchpad and disappointing display keep me from whole-heartedly recommending this device for everyone, but in broad strokes, the Spin 311 is a fantastic value for students and basic personal use if you're not too picky.

There are several models of the Acer Chromebook Spin 311, but I will be looking at the CP311-3H-K5GD version of the Chromebook for this review.

The Acer Spin 311 won’t win any design awards, but the hardware is totally competent. Similar to the Spin 713, the chassis has a bead-blasted finish, giving the device a flat matte appearance that doesn't look nearly as luxurious as the Samsung Galaxy Chromebook. The plastic body feels durable, giving me confidence that the Chromebook will stand up to some punishment. The back half of the laptop is slightly thicker than the front end, creating a nice slope towards the edge. The stereo speakers are placed underneath the system, and while it's okay for voice, don't expect high-quality and loud audio from the unit. 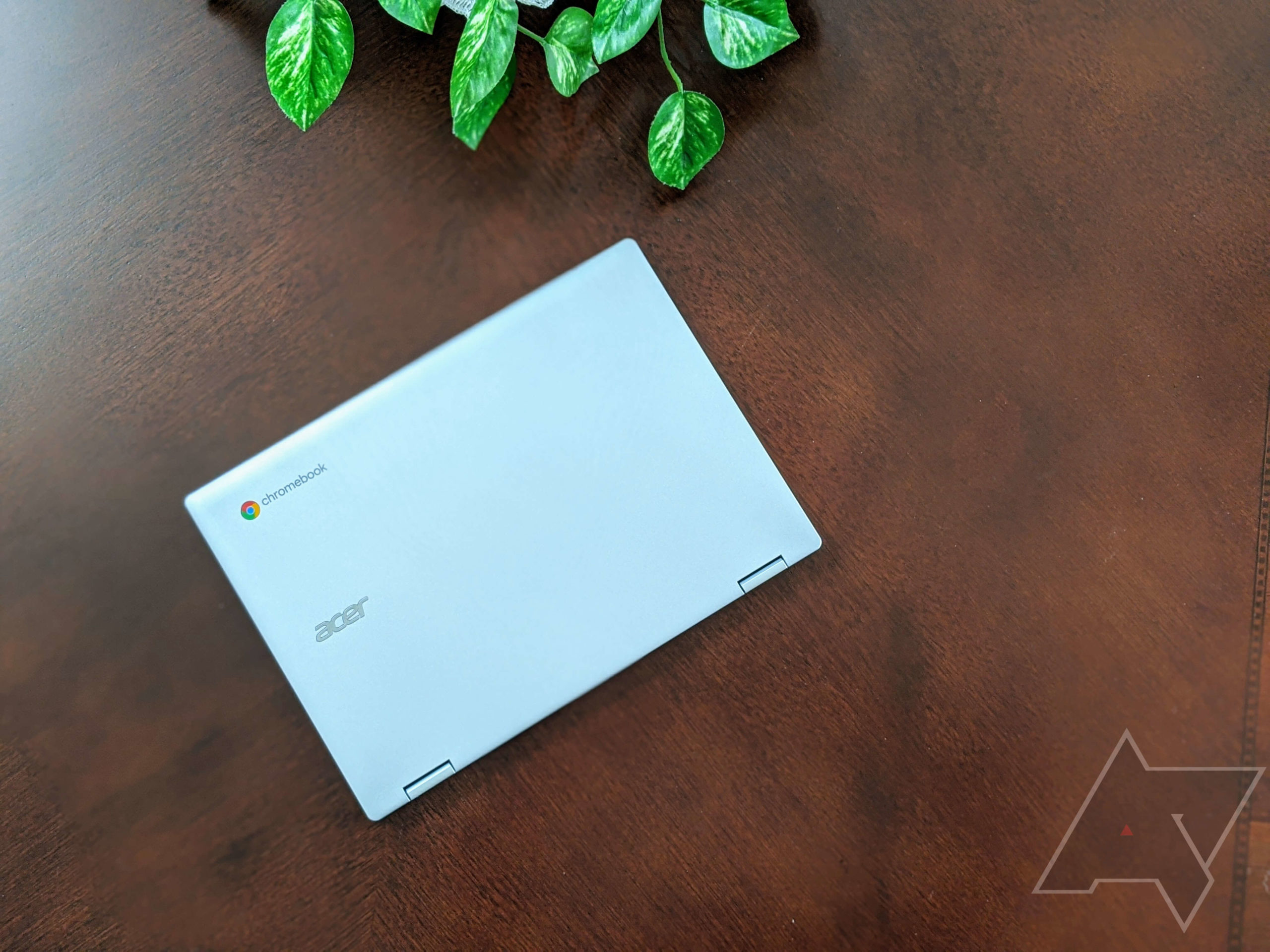 The Spin 311 I'm reviewing is equipped with the MediaTek MT8183 CPU, an 8-core ARM-based processor. Since the CPU doesn't demand as much power as x86 processors, the Chromebook can passively cool without fans, making it dead silent while in use. With heavy use, it doesn't noticeably cause heat buildup in the system. The port selection on this Chromebook is a bit lacking. There are two ports on the left side of the unit: 1 USB-C port used for data transfers and 45W charging, and one headphone jack. The other side has a single USB-A port and a Kensington lock. I wish there was another USB-C port on the right so you could charge on either side. 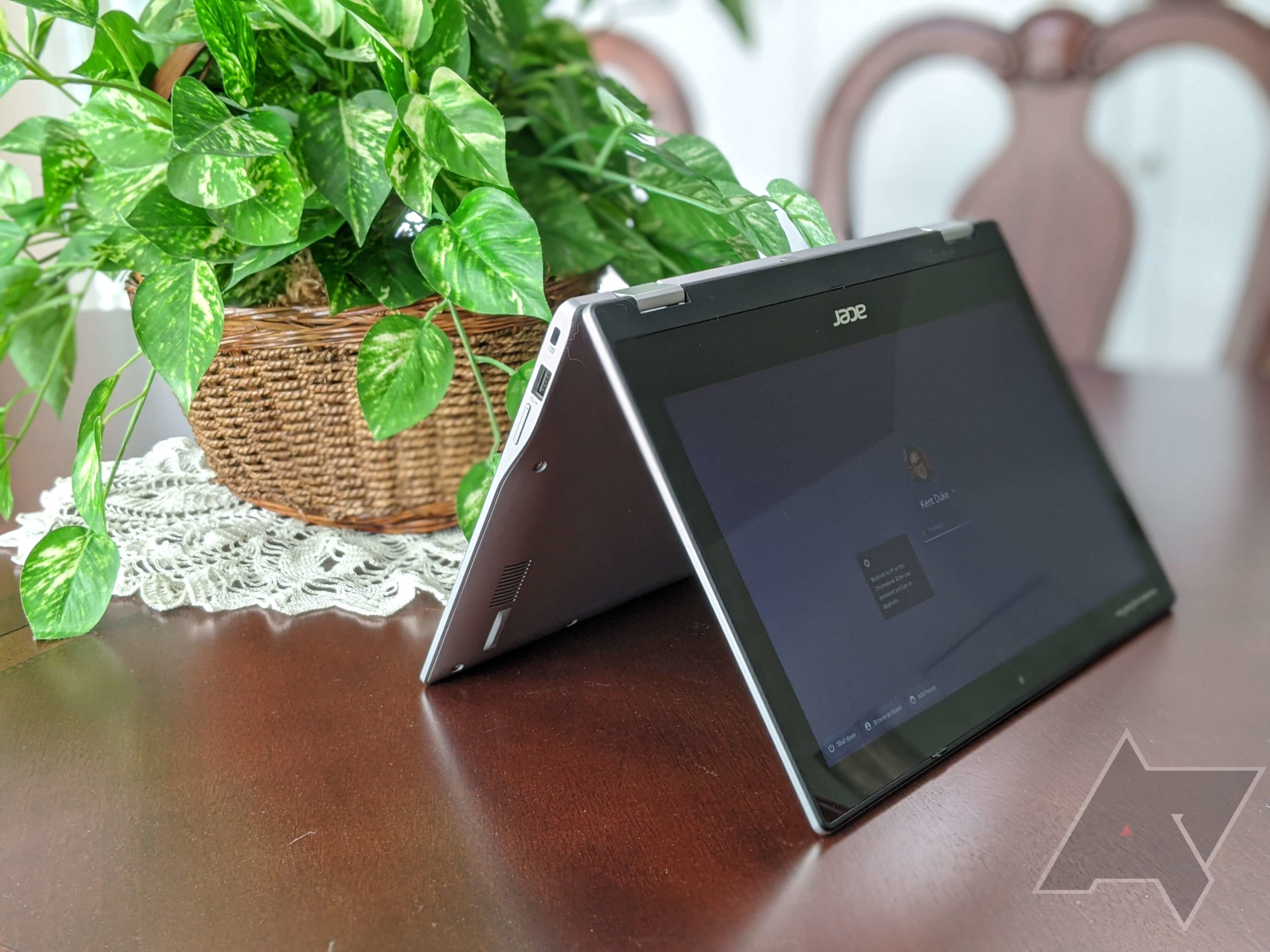 The Spin is true to its moniker, allowing you to flip the screen back to use it as a tablet or prop it up like a stand (see above). While it’s nice to have that versatility, it doesn't mean you should regularly use it as a tablet. The weight is distributed toward the top of the laptop's back half, making it awkward to hold. The tablet mode UI on Chrome OS is still sluggish and buggy despite the improvements over the years, too. Still, the flexibility is there if you need it, but I can't imagine anyone enjoying this device primarily as a tablet. 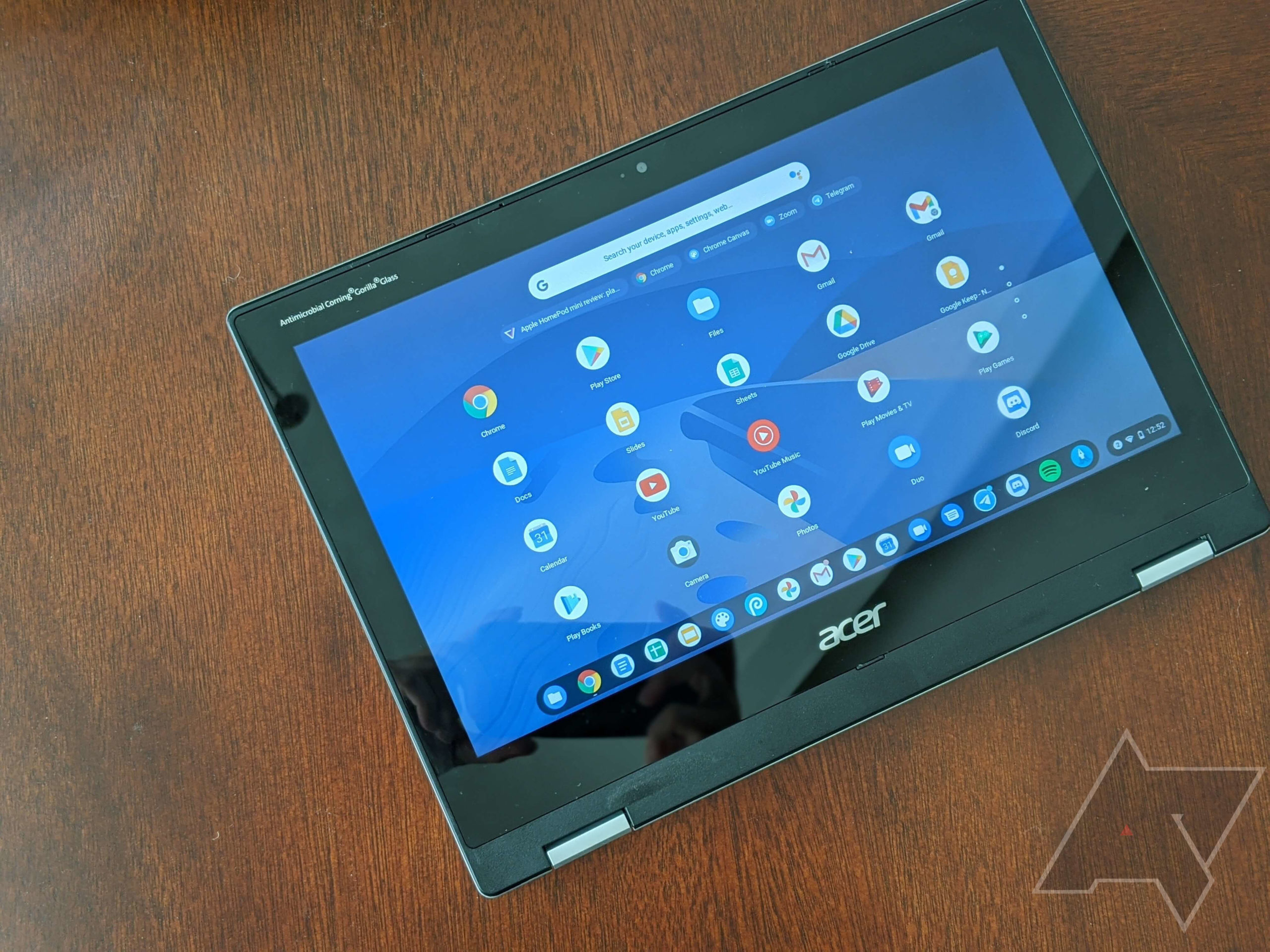 The 11.6-inch touchscreen on the Spin 311 is a 16:9 1336x768 IPS display with Gorilla Glass, and while it gets bright and looks good at off-angles, the screen resolution is a massive let-down. In this day in age, manufacturers like Acer or Lenovo should not be building laptops with less than a 1920x1080 resolution display, regardless of the price. The pixelation on images and grainy text are very noticeable and distracting. Even worse, there aren’t enough pixels to comfortably work in two windows side-by-side. The middling 54% sRGB color accuracy also makes the content look washed out and unpleasant. I also spotted a small amount of backlight bleed on the device, though it's not very noticeable with day-to-day use.

The Acer Spin 311 comes with a 45W PD Type-C charger and the expected manuals and warranty cards.

I'm very particular about the typing experience on a keyboard. The Pixelbook's incredible keyboard blew me away, and I still miss typing on it. While the Spin 311's keyboard with its plastic deck isn't "Pixelbook good," it offers a surprisingly solid typing experience. The keys have about a 1.5mm travel and feel responsive and clicky. The decent feel and durability will be good enough for most people, though I wish the keyboard were backlit. 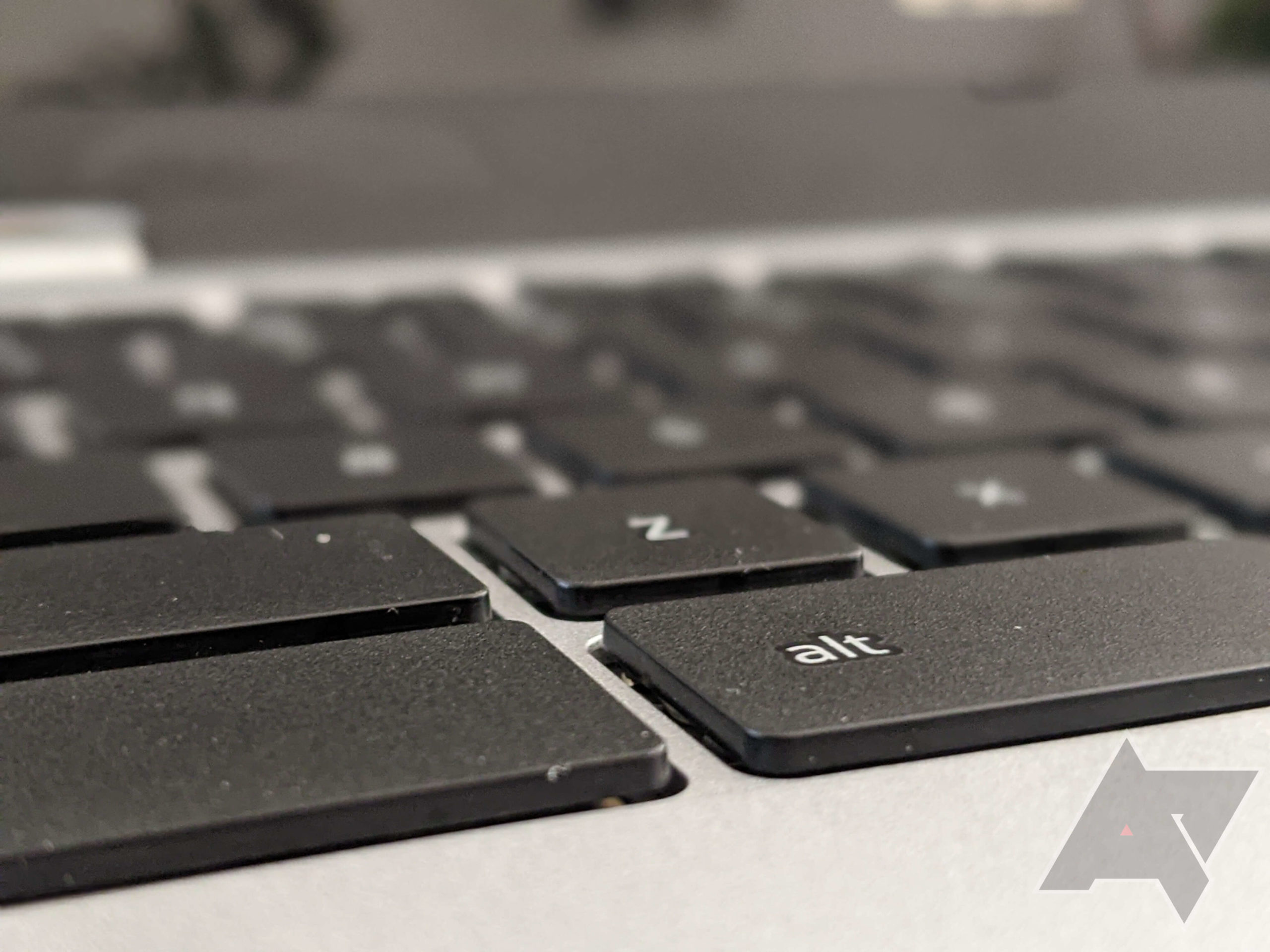 Although I enjoy typing on the Spin 311's keyboard, the mediocre touchpad is the Achilles' heel of this Chromebook. While it's accurate enough for simple tasks like moving the mouse, multiple fingers cause the trackpad to choke. It's incredibly frustrating to select a block of text, and trackpad gestures are hit-or-miss. There’s also a lot of unnecessary friction when dragging my finger across the plastic build. If Acer decides to build a successor to the Spin 311, they need to improve the trackpad. At best, it is barely functional, which can be a big deal-breaker for many. 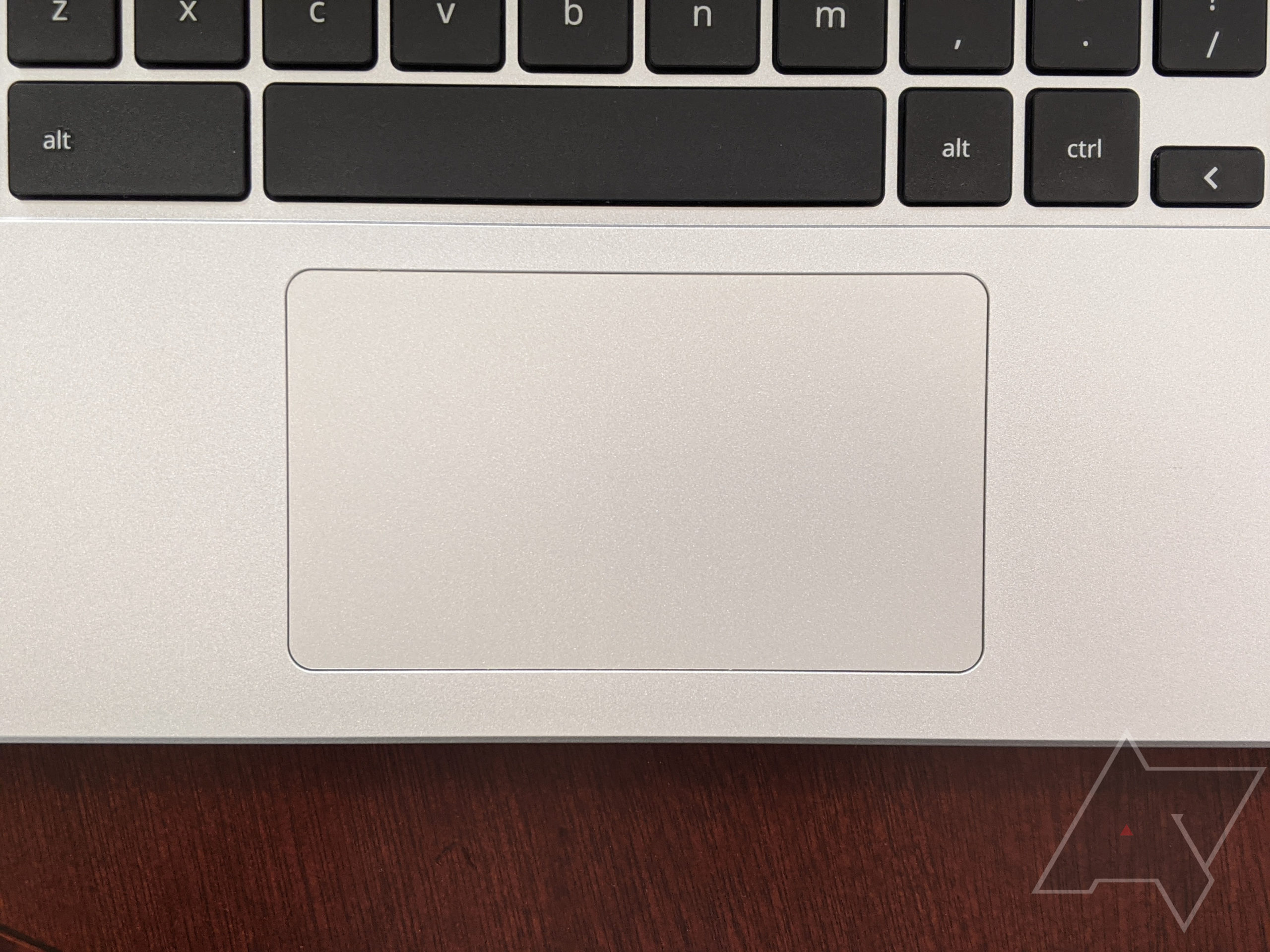 The Spin 311 comes with several different CPU configurations, but the unit I'm reviewing is powered by an octa-core MediaTek MT8183 ARM CPU processor clocked at 2 GHz and a Mali G72 MP3 GPU. The device is equipped with 4GB of LPDDR4X memory and 64GB of eMMC flash storage. 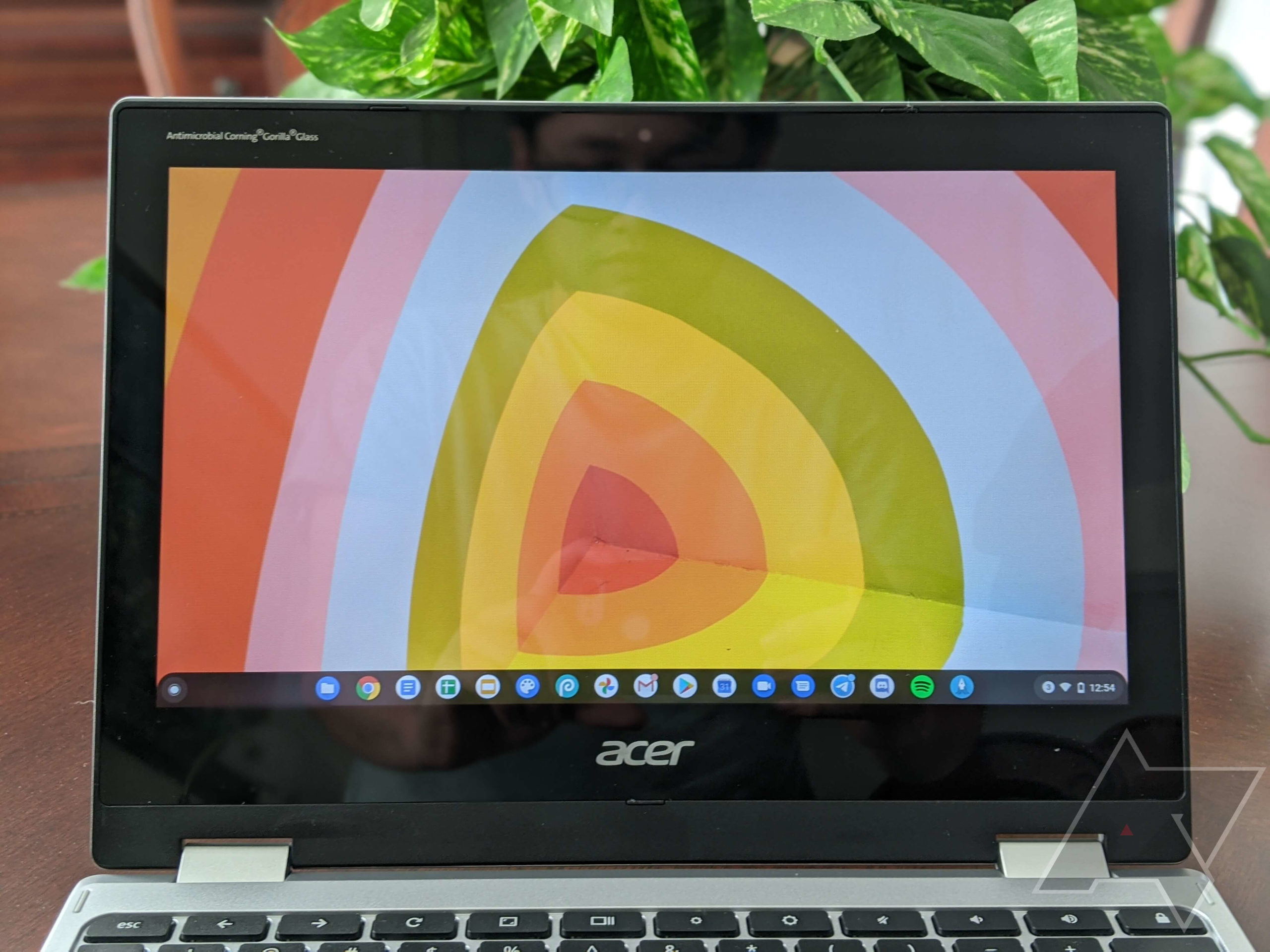 Acer did an excellent job balancing general performance and longevity. Chrome OS 86 ran smoothly on this Chromebook — for the most part. The CPU doesn't achieve the highest benchmark scores, but it doesn't need to. The Spin 311 is fast with everyday tasks like Chrome web browsing, Android chat apps, and Google Docs. Coming from the m3 edition of the Pixel Slate, I was pleasantly surprised how well the Spin 311 performed despite the significantly lower price point. However, the CPU is no performance king either. Android and Linux apps are a bit slow to launch, heavy websites can take some time to finish rendering, and 4GB of RAM isn't enough for my occasional heavy Linux use. Still, casual consumers should be okay with the Chromebook's performance.

Here are a few benchmarks to get an idea of the performance:

If there is one thing that Acer nailed with the Spin 311, it's the battery. Holy smokes, the battery life is insane. Packing a 4670 mAh battery, the Chromebook is working way longer than I'm awake. I can easily hit Acer's projected 15 hours of screen-on time, and sometimes around 17 hours of battery life with 3 Chrome windows, 19 tabs, and Android apps. Fifteen minutes of speedy 45W charging allows me to keep going for an additional 3 hours. The battery life is simply incredible and one of the top reasons to buy the Acer over the competition.

Acer Chromebook Spin 311 (CP311-3H-K5GD)
7.5/10
Maybe, if you don’t demand too much from your Chromebook. The Acer Spin 311 is an excellent laptop with durable construction, good-enough performance, and monster battery life. The typing experience is good, too. Best of all, the price is around the $320 mark, which undercuts a large portion of the Chromebook market.

The trackpad on the Spin 311 is lackluster, the small 4GB of RAM may not be enough for heavy users, and mediocre audio sounds hollow and quiet, but the Chromebook's most significant issue is the screen. Despite using an IPS panel, the lack of clarity from the low resolution is substantial enough to be distracting. The low price doesn't give manufacturers like Acer a free pass to offer less than 1080p.

If you're a heavy user who needs to run several CPU-intensive Linux apps like Kdenlive, the MediaTek processor will not be able to keep up to your demands. I recommend purchasing a more powerful Chromebook that is better equipped for that task, such as the Acer Spin 713. 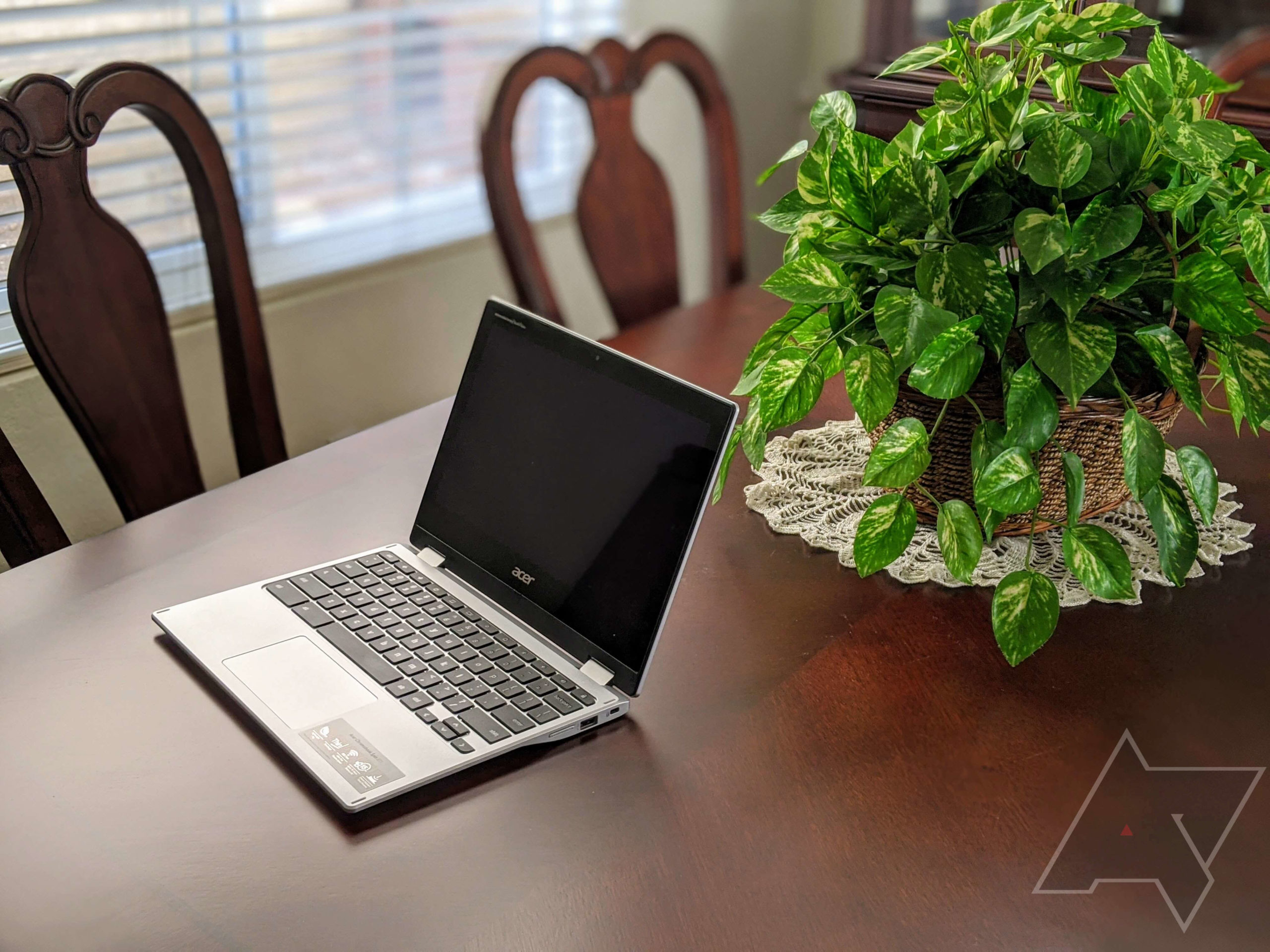 The Acer Spin 311 directly competes with the Lenovo C340, which is a very similar laptop on paper that earned the Most Wanted award from us. Although the Spin 311 has the upper hand in weight and battery, I wouldn’t recommend it over the C340 due to the frustrating trackpad experience and lack of ports. Despite its shortcomings, the Acer Spin 311 is still a very competitive laptop for the right buyer.

The Acer Spin 311 can be purchased at the following retailers: