Demand for cheap but reliable PCs has never been higher since the global pandemic forced students across the country to shift to distance learning. Thanks to the affordability and dependability of Chromebooks, institutions are moving to Google's platform to bring students online, leading to tremendous sales growth worldwide.

According to recent analytical research from Canalys, Chromebooks were the best performing PC products in Q3 2020, with shipment volume increasing to a record-high 9.4 million units, up a whopping 122% year-on-year. The report adds, "the total PC market (including tablets) enjoyed a successive quarter of stellar growth, with total shipments of 124.5 million units" That's a 23% increase over the same period last year. 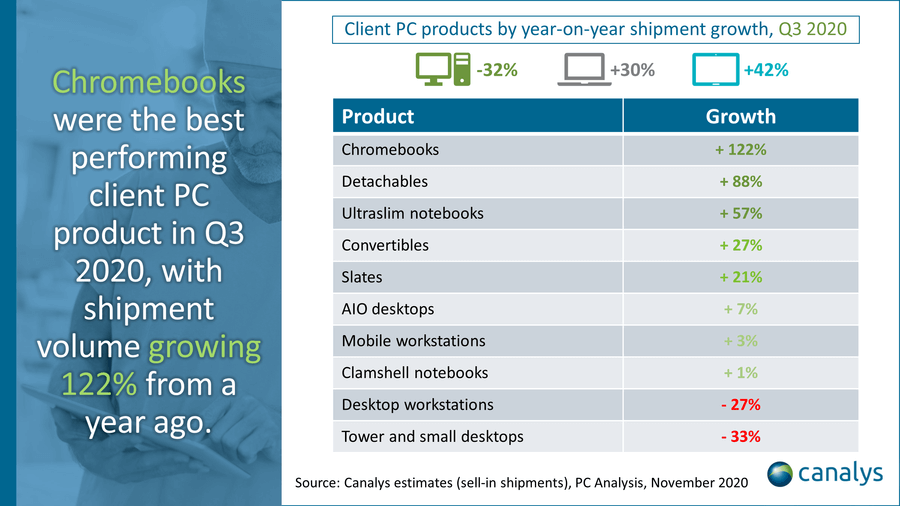 Based on data compiled by Canalys, HP has a commanding lead in the Chromebook market with over 3.2 million sold in Q3 2020, 34.1% market share, and 116.9% annual growth. Lenovo comes in as the second most sold Chromebook brand in the market, with 1.8 million devices sold at a whopping 351.2% annual growth. Lenovo's explosive yearly growth is thanks to the incredible success of its Chromebook Duet, giving the vendor a massive boost in market share. Dell, Acer, and Asus fill out the top five, with each vendor also reporting strong growth and record Chromebook shipment volumes. 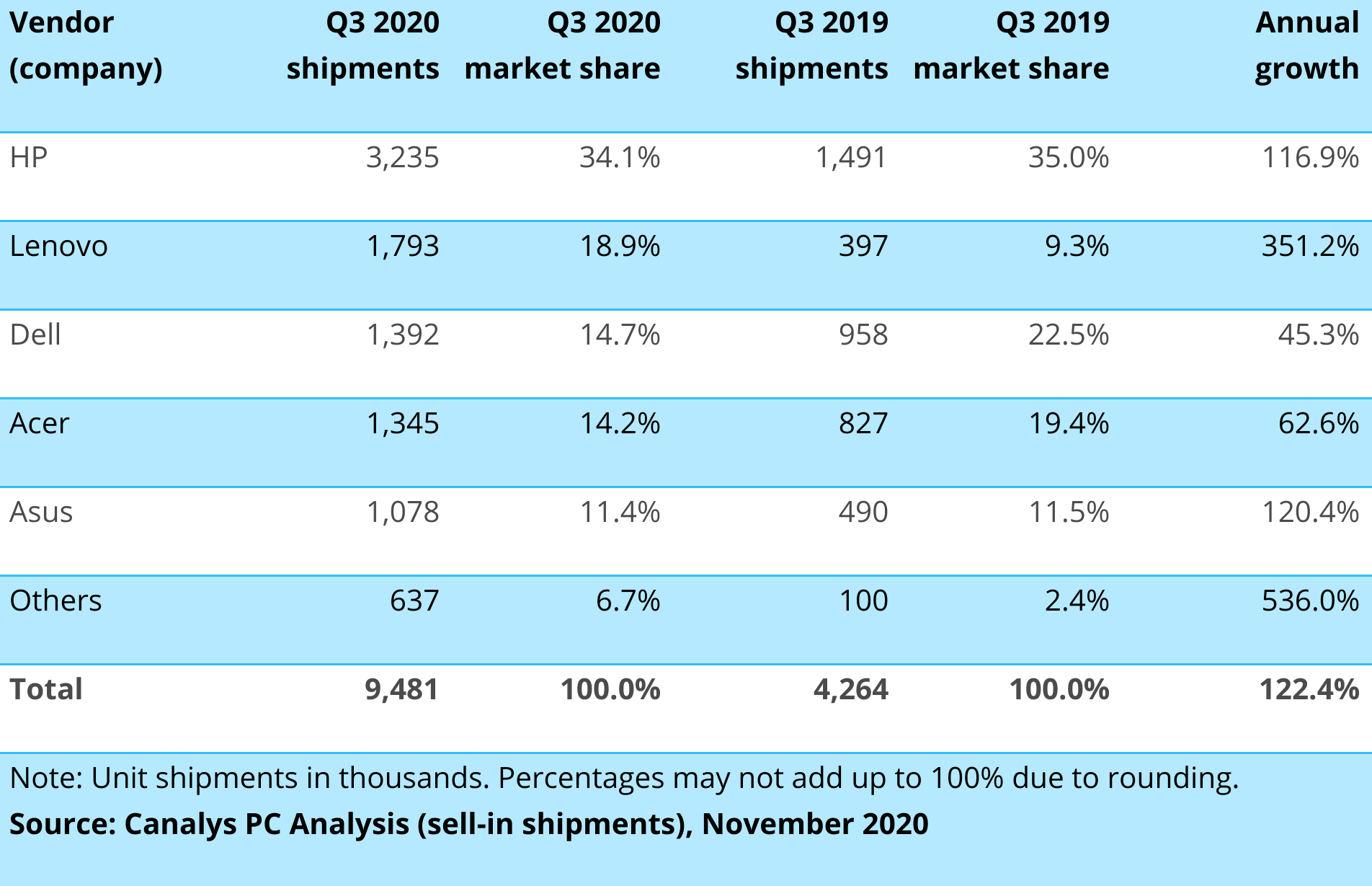 To add the Canalys report, Chromebooks saw around 17 million devices sold in 2019 — 9.4 million sold in Q3 2020 alone. By comparison, Apple sold about 6.9 million macOS devices last quarter, which is the most computers that Apple sold in a single quarter ever. Not only are Chromebooks dominating the education market, but Google's platform is also gaining a lot of traction with small and medium-sized businesses. With Parallels around the corner, I can see another surge of sales in the enterprise market.

"Chromebooks emerged as the centerpiece of the education segment's digital response to the COVID-19 pandemic. Uncertainty in how school terms will proceed remains at the forefront of educators' minds in the face of secondary lockdowns and protocols related to dealing with infections within a school's population. As a result, institutions turned to Chromebooks to deliver a relatively budget-friendly and easy to manage contingency to ensure minimal disruption over the course of the school year."

With the rapid adoption of Chromebooks, there's no doubt that Google's platform is becoming increasingly attractive for a variety of uses. Google has done an incredible job making Chrome OS a viable contender to Microsoft's overall market share dominance. With several ARM-based Chromebooks coming out in 2021, I can only see more people moving to Chromebooks for their daily needs.

Qualcomm can now sell chips to Huawei again, but not any with 5G