Our first glimpse of next year's OnePlus 9 is here. Seeming to confirm last month's news that the OnePlus 9 would be arriving earlier than usual in March, the first leaked renders based on early CADs are starting to land, showcasing a familiar design, a slightly bigger screen, a hole-punch front-facing camera, and a three-camera setup on the back. 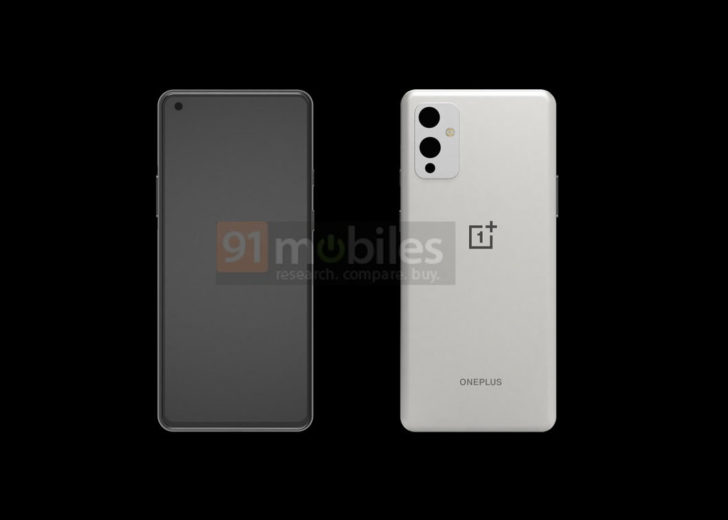 The renders, courtesy of 91mobiles, don't show off too many angles or details but give us a clear shot of the front and the back. Since they're CAD-based, take materials and colors with a grain of salt, but the overall layout should be accurate. On the front, you can see the hole-punch camera cutout in the top left corner, same as the previous OnePlus 8T, in the same sort of "all-screen" design. The OnePlus 9 also sports a bigger 6.65" display according to this latest leak, just slightly larger than the OnePlus 8T's 6.55" screen. Curiously, an earpiece isn't visible in these renders, but that detail may simply be missing at this early date.

The power button and alert slider are near their usual positions on the right side, with the volume buttons on the left. On back, though, is a new three-camera layout that looks something like a cross between the iPhone and Galaxy S20. All three cameras are vertically aligned, with two larger sensor/lens assemblies set above a smaller one. The flash is set on the right in a configuration that resembles the iPhone 11 or iPhone 12 camera layout. Notably, this is one camera less than some prior leaks indicated, and one less than the 8T had.

Rumored specs for the phone, as published by 91mobiles, disagree with themselves in a few locations (like chipset and camera number), but allegedly the phone will include the upcoming Snapdragon 875, a 120Hz display, and a 5,000mAh battery that tops up at OnePlus's new 65W charging speed.

Now that CADs are in the wild, expect this trickle of details to turn into a howl over the coming weeks and months — first as leaks pick up, and then later as OnePlus's fake-viral marketing goes into overdrive ahead of a formal launch.

Weekend poll: How do you back up your photos on your phone?