YouTube Music is one of many Google apps that use their own share sheet on Android. Instead of adopting the default one, they have a custom design (Photos, News, Maps, YouTube, Twitter) and can include whatever targets they want. That's why you can see your contacts in Photos, for example. But YouTube Music is taking this privilege a little far now by adding icons for Snapchat Stories and Instagram Stories among your apps.

Android Police reader Nick first brought this up with us when the presence of the two new Stories icons confused him. He doesn't have either of the apps installed, but still got them in the share menu, which will certainly annoy a lot of users or make them wonder if something went wrong on their device.

Redditor u/soggyburrito10 also noticed this behavior, though in this case, both apps are actually installed. As you can see in the screenshot below, the regular apps remain in the menu (they're the round icons that follow the system ones), while the two custom stories icons are larger and have a square shape with rounded corners. 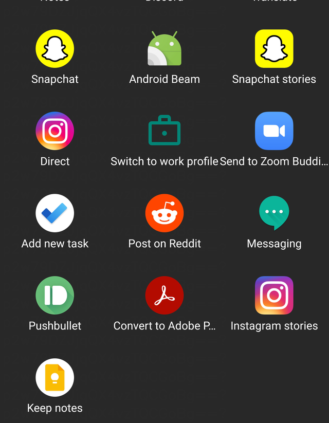 As far as we can tell, both icons aren't functional now and can't be removed. Plus, they're not rolled out to everyone yet. We hope they're a work in progress that went live by mistake, and that when Google does implement them, it offers a setting to disable them.

Ask us anything about the OnePlus Nord N10 5G (Q&A)