Samsung's Exynos chipsets may not be as common as Qualcomm's Snapdragon processors here in the US, but that doesn't necessarily mean they're inherently worse. The company unveiled its new Exynos 1080 chip today, and it promises big gains in areas like 5G, on-device AI, and battery performance.

The processor is Samsung's first to be based on a 5nm process, which basically means it can be smaller and more power efficient at the same time. Last year's Exynos 980 was the first to feature integrated 5G, and the 1080 builds on that by enabling support for both mmWave and sub-6GHz networks with speeds capable of reaching up to 5.1Gbps. It's also compatible with Bluetooth 5.2 and Wi-Fi 6. 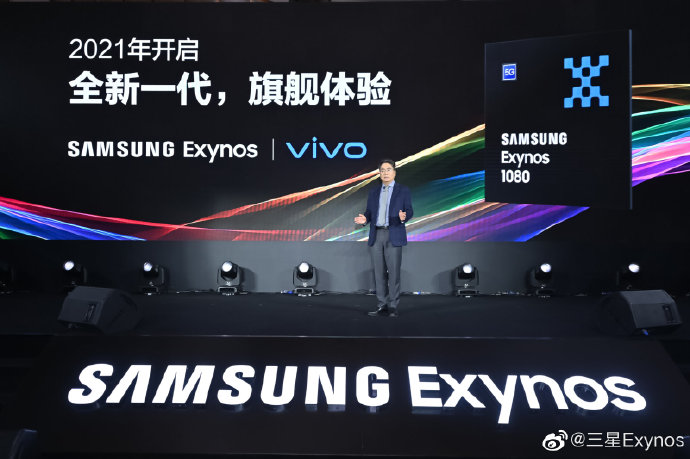 Vivo and Samsung worked together to develop the new chipset.

With an octa-core CPU featuring a "triple cluster design" that has four Cortex-A78 cores (running at up to 2.8Ghz) and four Cortex-A55 units (2GHz), this year's chip should see a substantial performance boost over the 980 when it comes to multitasking, gaming, and other resource-intensive tasks. The GPU onboard is the Mali-G78 MP10.

Samsung developed the chipset together with Vivo, so it's possible that we could see the Exynos 1080 debut on an upper-midrange device from the Chinese manufacturer as early as next year.