OnePlus has come a long way from the scrappy, super-disruptive startup it used to be. For years, its phones posed the best spec-to-price "anti-flagship" value ratio of pretty much any Android phone, with software that was praised for its simple and stock-like appearance, supplemented by frequent and consistent updates. More than just a poor-man's Pixel, OnePlus phones had an enthusiastic (if not rabid) following for their confluence of features and price. But somehow, in the last year or so, OnePlus has lost its way.

I've been using the company's hardware since the original OnePlus One, I've owned almost every model it has released, and I've followed the software from the CyanogenOS days, through the early OxygenOS era helmed by former Paranoid Android developers, all the way to this latest OxygenOS 11 release. While I can't pinpoint the exact time that things shifted, there's been a slow but accelerating change across several facets as OnePlus has turned many of its strengths into weaknesses. I also can't come up with a single clear motivation, though I have a few theories. But even the most stalwart OnePlus fan can tell you the company isn't what it used to be.

The end of the value flagship

To start, OnePlus flagship phones aren't "flagship killers" anymore. As fans will point out, that's a marketing label the company gave up on a long time ago, but it still applied to its phones for a long time as they continued to deliver a great experience for an incredible price. In the early days, that came at the expense of features like camera performance. But while the brand wasn't well known yet, it basically cornered the Android enthusiast space for those that couldn't afford Google's Pixels, or who missed the Nexus era. 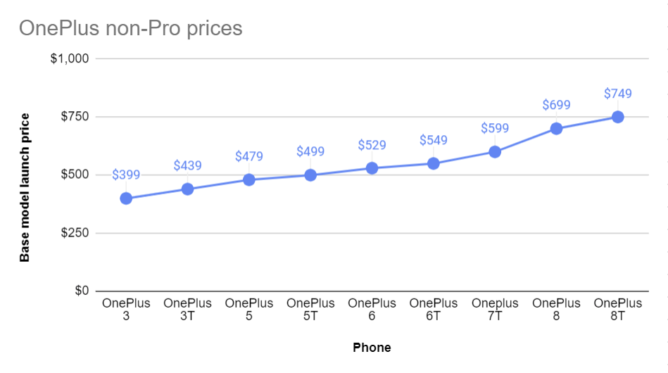 The pace of price increases is picking up.

Smartphone prices have been steadily rising since forever, but OnePlus's pace is picking up. I think that the true shift didn't start until OnePlus began to debut the new "Pro" series with the OnePlus 7 Pro, which highlighted the increase even more visibly. This new higher-flagship tier was a genuine response to the market and customer demand as OnePlus's audience grew. Folks liked what they saw when it came to software and value, but they wanted an uncompromised experience that didn't cut corners, and OnePlus obliged, delivering perhaps the best phone it ever made. When the 7 Pro landed sporting a high-resolution 90Hz display, all-screen design, upgraded haptics, a genuinely good camera, and the usual OnePlus software and speed, all with an incredible $670 price tag, it very nearly won our phone of the year award. But it kicked off a trend that went into overdrive this year.

2020s new OnePlus 8 Pro saw an astronomical increase to a $900 starting price, the biggest year-over-year change since the company started making phones. One might argue that's a fluke since the "Pro" series is brand new, but even the lower-end base model OnePlus phone saw a clear rate increase. 5G connectivity may be at least partly to blame, but even Samsung, a company known for its inflated price tags, managed to undercut OnePlus with the Galaxy S20 FE, in an incredible turnaround. OnePlus finally became what it set out to destroy: Its phones are now "just" flagships. 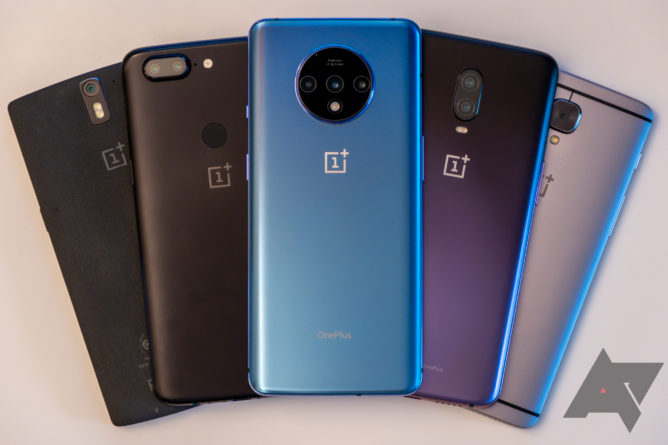 In tandem with this shift is the new move down-market. Earlier this year, the Nord release was a change in approach: A brand new high-mid-range phone that returned the company to its roots in a different way, cutting corners to deliver a great experience, but at a less expensive price point. The company's heavy-handed, stupendously annoying, pseudo-viral marketing almost made it seem like a one-off, but it was just the start to a whole new series of phones.

While the first Nord was a stellar phone, I have a lower opinion regarding the new N10 5G, leaving me with grim hopes for the N100, especially since OnePlus hasn't proven its ability to compete at this lower price point the way it has to. And at the high-end, OnePlus phones are just "normal" flagships now.

Software change for the sake of change

OnePlus also rolled out a big revamp to its Android-based OxygenOS software as part of OxygenOS 11. Once praised for how closely it meshed with the stock look, the new design has more sweeping changes as part of a new "one-handed" design paradigm. Whether you consider it a One UI knockoff or not, the response I've heard among customers has been generally negative.

Although OnePlus has included deeper Android changes for some time (including some that outright break plenty of expected behaviors), prior releases were praised for their "light touch" visual tweaks, which resembled stock Android. Coming from something like One UI or whatever garbage LG's shipping these days, that doesn't matter much, but Android enthusiasts appreciated it for a few key reasons.

I'm not the biggest fan of OnePlus's new design language.

For one, it meant consistency. Stock Android is bland, but it blends well with pretty much anything. Think of it like chicken stock: By itself, maybe a bit dull, but you can toss almost anything with it and call it a soup. Extending the metaphor, OxygenOS 11 is more like clam chowder: You might like it on its own, but it won't go with everything.

Stock Android visually meshes well with pretty much any app that follows even the barest precepts of Material Design. Earlier OxygenOS releases were closer to that stock look, and therefore benefitted from that same consistency. The few changes OnePlus did make, like its approach to Dark Mode, ultimately broke expected stock behaviors, and were some of the few angles for criticism it did face.

Perhaps almost equally importantly, OnePlus is ignoring a big part of its fanbase. I don't think it's fair to call OnePlus phones a "poor man's Pixel," but there's an unarguably large overlap among the Android enthusiast audience. In the Android Police comments section, each brand is the first to come up in any discussion of the other, and OnePlus apparently fails to realize that these new visual changes are alienating that group. OnePlus also feels like it's intentionally holding back features that folks are asking for as marketing points for later phones. For example, the company took ages to bring its phones an always-on ambient display, which finally happened only in the last few months with OxygenOS 11.

Updates aren't a perk; they're a problem

Lastly, OnePlus is starting to fall behind when it comes to updates, pretty much in every way it's possible to. While flagships get enough attention from the company for a year or so, once a phone becomes last-gen, OnePlus's attentions start to wander, even though it's ostensibly committed to two years of version upgrades, three years of security patches, and bi-monthly updates. 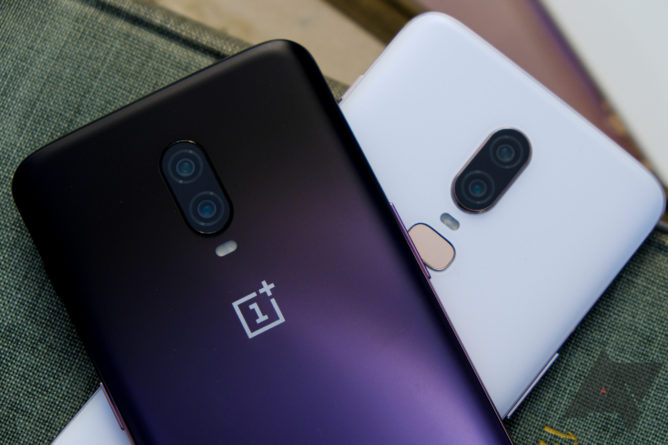 Let's look at the case of the OnePlus 6 series. The OxygenOS 10 rollout for those phones was quite a snafu. The update rolled out, was pulled, and got a hotfix (which itself appeared to get another hotfix) all in the space of just a few weeks — and that final rollout happened so slowly, we almost thought it had been pulled again. On top of that, the repeated delays meant the phone fell four months behind on security patches.

Then there's the OnePlus 5 series, which has been stuck on a dated security patch since OxygenOS 10 landed. The company had an explanation, but that doesn't change the fact that its once-flagship phones were left to languish for nearly six months, falling short of that every-two-month commitment to an embarrassing degree. And while its latest phones are doing okay for now, they're still nowhere near the top of our Android security update tracker, with scores far below other flagship phones. 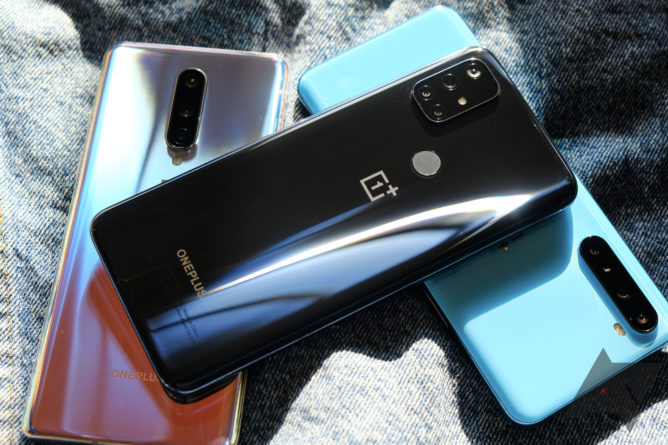 On top of that, the latest Nord N10 5G is launching one version out of date, and it's only promised to get an upgrade to Android 11. For context, that's the current release. To stress this again: The latest Android version that phone will see see is the version you can get right now, today, on the OnePlus 8T. On top of that, the company promises just two years of security updates, and at no defined interval. While that's more understandable in something like the $250 TCL 10L, the Nord N10 5G clocks in at €350, which is a hell of a lot more — though it remains to be seen if US pricing will be cheaper, that's over $400 when converted.

Carl Pei is gone, and I think that the OnePlus we came to know during the time he was there is gone, too.

Mix into all this the user reports that older phones are getting buggy releases increasingly loaded with issues, and it seems clear to me that OnePlus can't adequately handle either its current device roster or the commitment it already has. Worse, that schedule now lags behind its competitors, as both Google and Samsung are guaranteed three years of OS updates to OnePlus's mere two, with the benefit of monthly updates while OnePlus can't even keep up with its every-two-month promise.

If this were the OnePlus of two years ago, we'd see the Nord N10 5G land with the same commitment as the original Nord that costs just €50 more. We'd see the company stand up and admit it's having difficulty with updates and double down on its current promise, matching efforts from other companies and stepping up to monthly patches. The OnePlus I used to know would be publishing extensive forum posts, diving into design regarding how it plans to better improve the OxygenOS 11 interface's consistency and design, or admit its mistake (like the company used to do), and return to the older visual design. But Carl Pei is gone, and I think that the OnePlus we came to know during the time he was there is gone, too.