One of Google Photos' biggest perks is being nerfed next year. Unlimited "high-quality" photo backup is going away for non-Pixel phones as of June 1st, 2021. Folks using Google Photos to back up photos on other phones will see all uploads after that date count against shared Google storage.

The news comes courtesy of a blog post at Google's site, with Google admitting it "may come as a surprise" — that's a bit of an understatement. Still, this continues an otherwise logical trend over the last few years. Google's Pixel 4 didn't come with "original-quality" backups at all, and the Pixel 2 only gets unlimited original quality backups until the end of 2020, though the original Google Pixel is still promised backups forever.

Google is clear that already-uploaded photos are unaffected by this change, so you won't suddenly have gigabytes of storage taken up by prior backups come June 1st. According to Google's estimates, the free 15GB of storage that comes with every Google account is enough for most folks to carry on for the next three years without any issue, and customers will be notified both in-app and by email when the run into the limit. Google also explicitly states that the Pixel 1 through 5 are unaffected by this change and still subject to unlimited high-quality backups. The phrasing casts some doubt for future Pixels, though.

Google Photos is one of the company's most appreciated services, though the free ride for photo backups had to end at some point. Google's been stepping up efforts to promote its paid Google One storage plans, including a complimentary VPN. An upgraded Google Photos "color pop" feature will also be locked behind the Google One paywall. 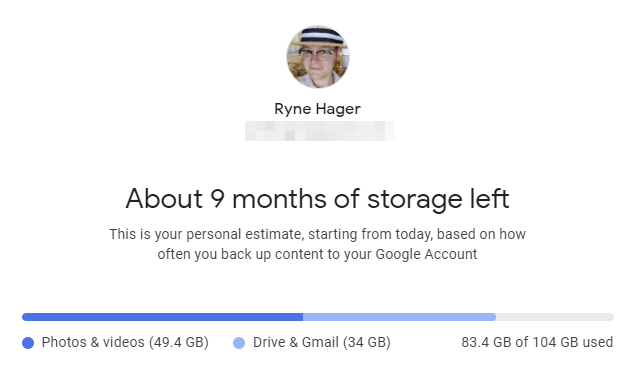 For folks doing the calculus for a paid plan at home, Google has a convenient page here that shows how long your current storage plan might last, and a new tool to better manage backed-up content in Google Photos will debut when the new rules kick in. Either way, you've got about six months to figure out your photo-backup plans.

OnePlus finally resumes updates to the OnePlus 5, with Oxygen OS 10.0.1 rolling out now