Sling Media introduced the Slingbox back in 2005 as a way to upgrade existing TV subscriptions by allowing users to stream programs from phones, tablets, and even other TVs. It was fun while it lasted, but it looks like the usefulness of Slingbox products is coming to an end. The company has announced that it is discontinuing the product, and that existing Slingboxes will stop working within the next two years.

Specifically, Sling Media is shutting down the servers that allow Singboxes to run. This infrastructure will be taken permanently offline in November of 2022, if all goes according to plan. Until then, the company will continue to support existing users who have products under warranty, although devices may lose functionality as the SlingPlayer app versions they run become more outdated.

TV streaming has come a long way since 2005, and it's no surprise that Slingbox isn't going to be able to survive going forward in a market dominated by services from bigger players like YouTube TV and Sling TV, which coincidentally has no relation to Sling Media. Allowing people to access TV they were already paying for across multiple devices was a novel idea once, but it's no longer unique. It's kind of amazing that Slingboxes have stuck around for so long. At least the company is giving existing owners a fair bit of warning before succumbing to the never-ending static. 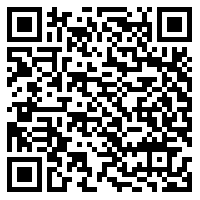