OnePlus isn't just stopping at a Cyberpunk-themed phone. According to a recent leak from @StationChat, the long-rumored OnePlus watch will also offer a Cyberpunk 2077 edition. But according to reliable OnePlus leaker Max Jambor, the OnePlus Watch won't run WearOS.

OnePlus has been rumored to be working on a wearable off and on for years. Most recently, a product was spotted in Singapore's telecom licensing system, tough Jambor said it was indefinitely delayed just a few weeks ago. 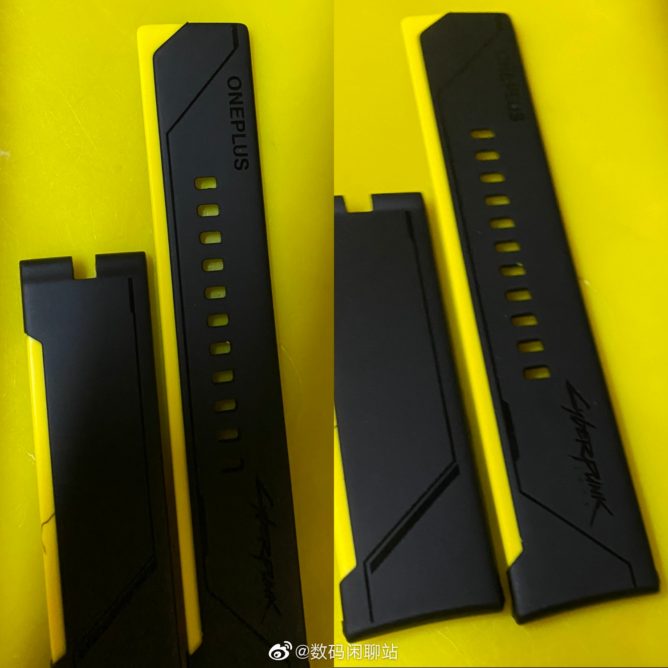 We don't know what the watch itself might look like, but the leaked strap shows a high-contrast black and yellow color combination, with stark lines and both Cyberpunk and OnePlus branding text.

It remains to be seen if it's a good thing or a bad thing, but the watch also won't be running WearOS, according to Jambor. We don't know what sort of operating system OnePlus may use in its place, either. OnePlus' parent company OPPO has dabbled in WearOS devices for the international market, but it's also developed a different in-house Android-based OS on prior wearables limited to the Chinese market. OnePlus isn't fully controlled by OPPO, but it does usually build its products from a grab-bag of OPPO hardware and designs, so this OS choice could mean the upcoming OnePlus watch isn't destined for a wide release — though a "OnePlus Watch" did cruise past Singapore's IMDA, so who knows.

LineageOS 17.1 arrives on the OnePlus 5T, Galaxy S5, Fxtec Pro¹, and others