In the beginning, WhatsApp supports the five leading banks in the country: ICICI Bank, HDFC Bank, Axis Bank, the State Bank of India, and Jio Payments Bank. That's in line with a report from May that listed all payment partners except for Jio. 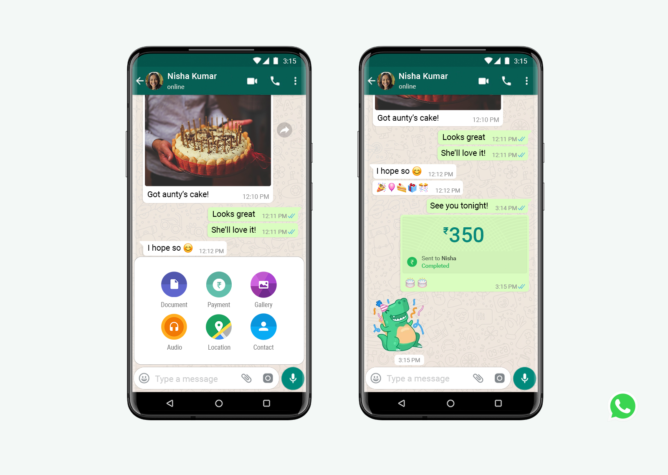 Look for the Payment shortcut in the attachment menu (the paper clip in the compose field).

To send money, you need to have a bank account and a debit card with one of the institutions since WhatsApp sends payment instructions to the banks to initiate a transfer between sender and receiver via UPI, India's national real-time payment system. The feature has some security and privacy principles built-in, like the requirement to enter a personal UPI PIN for each payment. You can move money to anyone using a UPI-supported app.

WhatsApp writes that Payments will become available for people on the latest version of the messenger on Android and iOS, so be sure to check the Play Store for updates or download the current release from APK Mirror to get started. It looks like there's a server-side update involved as well, as the Indian banks' payments regulation body NPCI only allows for a gradual rollout of the feature "starting with a maximum registered user base of twenty (20) million in UPI."