Amanita Design is probably best known for its point and click adventure game Machinarium, though Botanicula and CHUCHEL are also highly-regarded titles that offer similar gameplay. Of course, the studio started with a game called Samorost, and it has received two sequels since its 2003 browser-based release. Sadly only the third title in this quirky series has been available on Android. That is, until today. Amanita Design has just released Samorost 2 on the Play Store, and it sports improved graphics, a new save system, as well as fullscreen support, all to celebrate the game's fifteenth anniversary.

The above trailer offers a solid look at the new and improved version of Samorost 2, which is available today on Android, iOS, Windows, and macOS. As you can see, the improved graphics look great, and you can even zoom in and out of each stage to focus on specific areas, taking advantage of the game's new fullscreen support. While Samorost 2 is entirely touch-based (meaning no physical controller support), I can confidently say the controls work well with this style of game.

Better yet, the Samorost 2's original code-based save system has been replaced with auto-saves, which is extremely convenient, especially if you'd like to revisit a particular section of the game. While this is a short title that should only last players an hour or so, it's highly polished and well worth the $2.99 asking price. After all, this is a premium release absent of any in-app purchases, which is always lovely to see on the Play Store.

All in all, Samorost 2 is a quality point and click adventure game, and thanks to the new and improved graphics, it looks great in action. While it's a bummer that Amanita Design hasn't released a demo so people can try before they buy, if you've ever played a game from this studio before, then you should know exactly what to expect from Samorost 2. So if you'd like to pick up a copy today, you can purchase the title through the Play Store widget below. 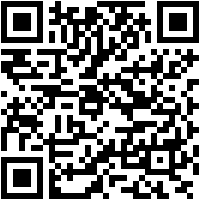