Samsung released the Galaxy Z Fold2, its next generation foldable, a few months ago in the US and other markets around the world. Now the company is launching a special edition model that's exclusive to China. Dubbed the W21 5G, it shares almost everything in common with the Galaxy Z Fold2 — but it has a strange difference in size that doesn't have an obvious explanation.

Images of the two devices side by side show that the China-exclusive model is physically taller than the standard Galaxy Z Fold2, despite the specs remaining nearly identical. The main screen is the same 7.6" display panel, the camera system has the same three lenses, and even the 4,500mAh battery size is copied over to the new model. 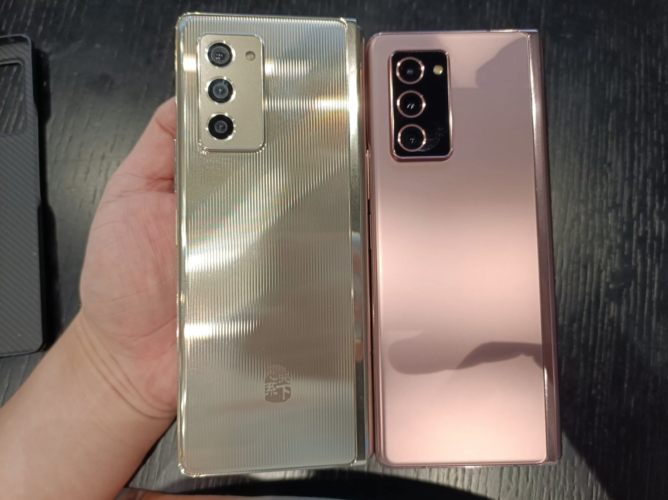 The new model is noticeably taller, but the cause of the growth spurt is unclear.

Aside from a flashier exterior design, the only other difference seems to be that the W215G includes an extra SIM slot. That small addition doesn't seem like something that would require so much extra space, so it feels like there must be some additional special sauce Samsung is mixing into the phone.

The W215G is priced higher than the regular Z Fold2 in China (19,999 VS 17,000 CNY), but that's probably more reflective of the fancy gold finish than any new hardware upgrades. I think this calls for a teardown video!

Some Pixelbooks were bricked by a recent Chrome OS Beta update