The Mini 2 has a lot in common with the original, including the same folding design that weighs less than 249 grams. However, it has been upgraded in a series of substantial ways. The new model moves from a Wi-Fi signal to the more reliable OcuSync 2.0 for a better wireless transmission, and flight time even inched up to 31 minutes from 30 minutes.

The 12MP camera sensor also grew a bit larger for better low-light performance. It can now capture 4K/30fps at up to 100 Mbps bitrate, which is a pretty big improvement from the 2.7K at just 40Mbps of the previous model. Stills used to be limited to JPEG-only, but the Mini 2 will also be able to capture RAW photos.

Like all of DJI's drones, there are several software features for smart and automated flight and shooting. The Mini 2 supports several QuickShot modes, automated panoramas, HDR photos, and a timer mode. DJI has also added a new direct download mode for quickly moving photos and videos to your phone at up to 20MB/s (no remote required). 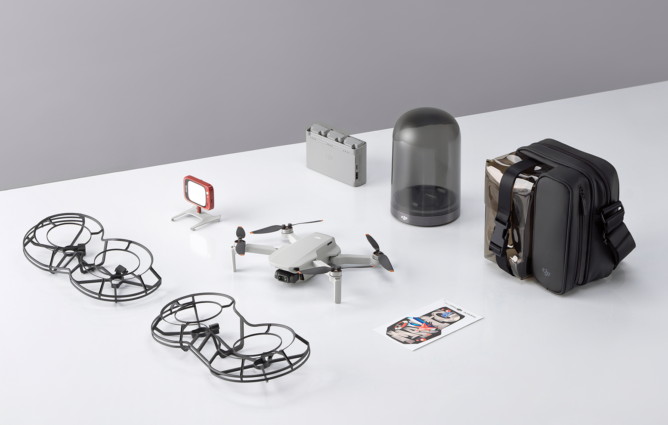 You can order the Mavic Mini 2 right now with the standard kit for $450. Most drone owners will tell you to get the Fly More Combo for $599 just for the bag and extra batteries, not to mention the other accessories that are also included. DJI is also selling the ever-popular propeller guards, a sticker kit, and other custom add-ons. You can also get a $10 coupon if you use my referral link when you buy.