Android 11 has been out for a while now, but the update has yet to land on Samsung's phones and tablets. The company is preparing its One UI 3.0 update based on Android 11, which is already in public beta, and now Samsung is giving us a glimpse at the final look and feel.

As spotted by SamMobile, the page for One UI on Samsung's website has been updated to reflect upcoming changes in One UI 3.0. There's not too much different from what we've already seen in the betas, but the screenshots to represent what the final product should look like. For example, the notification shade images show that the headers for each section ('Conversations,' 'Alerting notifications,' etc.) are no longer displayed as cards, like they were in the initial beta. The music player has also been slightly tweaked. 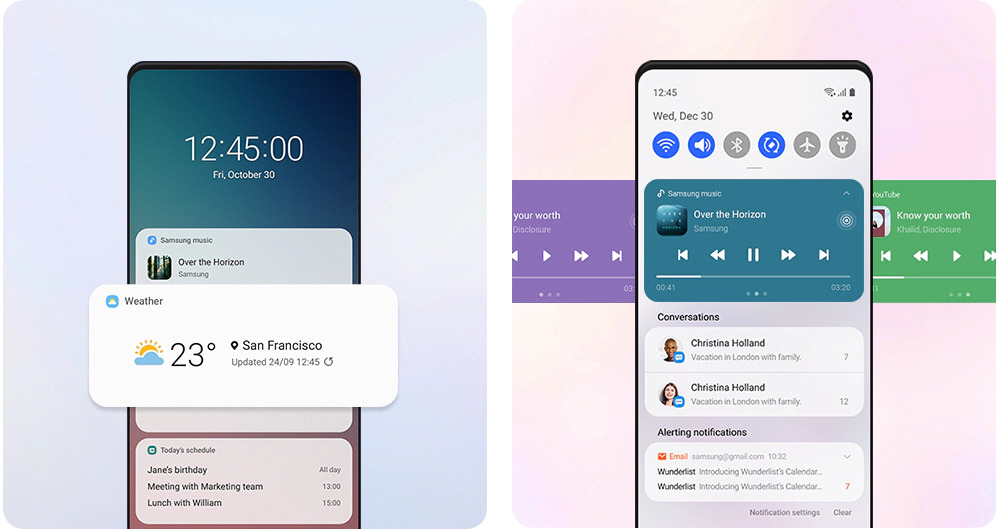 The page also confirms a few minor functional changes coming to One UI 3.0. Full-screen video calls (with AR Emoji, if you really want to use those), more dynamic lock screen options, multi-window tweaks, and additional Good Lock features are mentioned on Samsung's website.

The page also reveals that One UI 3.0 should start rolling out starting this month, but it's not clear which phones would be included in the first batch of upgrades. The Galaxy S10 and other flagship phones received Android 10 before the end of 2019, but One UI 3.0 is a more substantial redesign.