OnePlus loves to stand out. Whether it's partnering with McLaren or joining up with Jedi, the company excels at launching limited-edition phones. For its latest collab, OnePlus has produced a version of the OnePlus 8T that looks like it shot right out of the screen during a Cyberpunk 2077 gaming session.

The Cyberpunk 2077 edition of the OnePlus 8T doesn't deviate from the internals of the standard edition released earlier this month, but where this phone makes its impact is on the outside. It comes in an attractive gray color with a unique textured finish that looks like it could have a really nice feel in the hand. 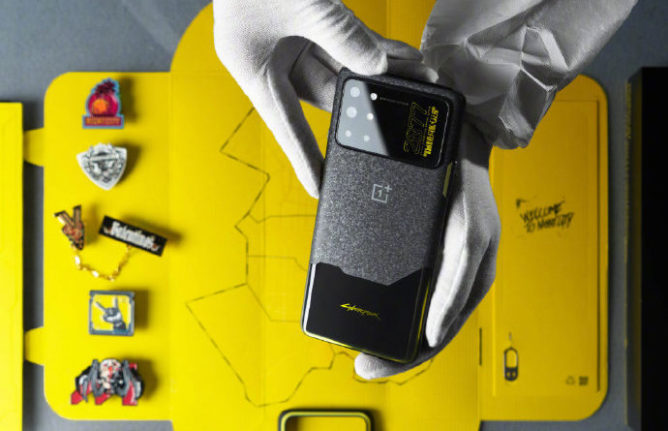 The camera housing has received a Cyberpunk refresh that sees it spanning the entire top third of the phone. Everything from the device to the packaging has been redesigned with a high-viz yellow accent color, and while it's certainly loud, I actually don't mind it. Even the software itself has been customized with new animations, ringtones, and app icons that make this limited edition of the OnePlus 8T feel like it's been lifted straight out of the video game. 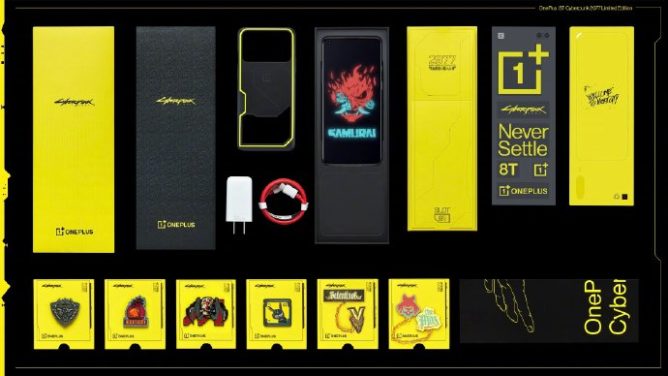 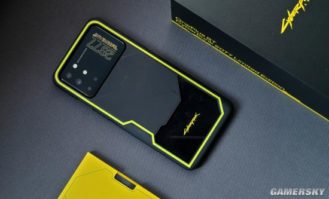 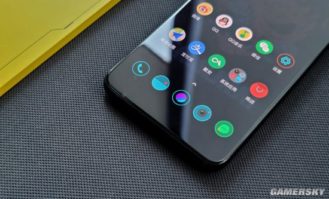 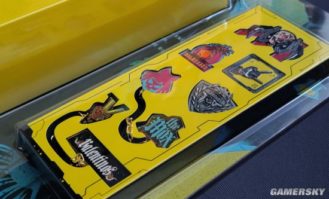 An exclusive Cyberpunk case and other swag items are included in the packaging.

The OnePlus 8T Cyberpunk 2077 Edition is available in a single variant that packs in 12GB of RAM and 256GB of internal storage. Sales start in China on November 11 with pricing set at at ￥3,999, which is about a 5% increase over the standard model with the same specs. OnePlus hasn't revealed if Cyberpunk fans in other regions will be able to get their hands on this funky new phone, but at least we know that the game itself is coming to Stadia soon.