Google's smartphone strategy has always been a bit haphazard, but this year represents the company's greatest departure yet. The Pixel 5 is aimed at a lower price point than the Pixel 4 and 4 XL were, which means some features were cut. So, if you have a Pixel 4, will you get a worse phone if you buy the Pixel 5? That's what we'll attempt to answer here.

The need for speed

Google has almost always used the best-available mobile chipsets for its phones, going back to the days of Nexus devices. The Pixel 1 had the fastest Snapdragon chip available in late 2016, the Pixel 2 also had the fastest available chip, and so on. The question of "is this model a downgrade?" never came up, except with some early Nexus and Pixel phones, where each model was built by a different manufacturer with varying build quality.

Google switched up its smartphone strategy this year by releasing three phones, none of which use this year's flagship Snapdragon 865 chipset. The highest-end model is the Pixel 5, which uses the same Snapdragon 765 chip we've seen in the OnePlus Nord, Moto Razr 5G, Oppo Reno 4 Pro. The 765G is definitely solid hardware, with more than enough power to fly through apps and media (plus 5G support), though it ultimately falls short of the Snapdragon 865 found in phones like the Galaxy S20 and LG V60. The performance difference is most noticeable in gaming, as mentioned in our Pixel 5 review:

The Snapdragon 765G may well be branded as a "gaming" chip, but its performance chops in this regard are meant to compare favorably to, say, a 600 series Snapdragon chip — not an 800 series. For example, the Pixel 5 can run Fortnite — one of the most demanding games on Android — as can all Snapdragon 765G phones, but it really shouldn't. Maintaining a steady 30FPS is near impossible on even the lowest graphic settings, with hard jolts a constant issue during play.

If you're coming from a Pixel 4, you'll almost certainly notice the phone taking a bit longer to perform certain tasks. It's also important to note that the Galaxy S20 FE is roughly in the Pixel 5's price range (at least in the United States), but uses the same flagship-class Snapdragon 865 as other high-end phones from this year. Unless one of them is substantially discounted, you're paying the same amount for slower hardware if you buy the Pixel 5.

Hardware is certainly important for smartphones, but it's not the only factor that needs to be considered. The software has always been an important selling point for Google's Pixel phones, as the stock-like experience is still somewhat unique among flagship Android phones. Google also has the best record of any manufacturer when it comes to quickly rolling out Android's monthly security patches, though Samsung has been catching up over the past year. 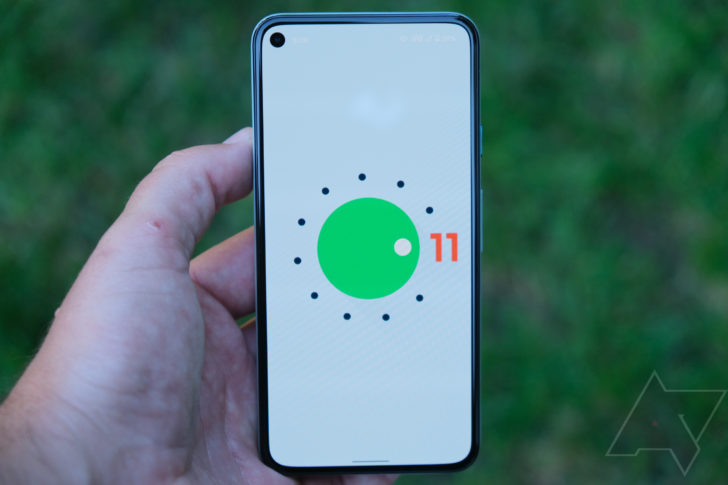 Thankfully, the software experiences of the Pixel 4 and Pixel 5 are more or less identical. Just like with its earlier phones, the Pixel 5 runs a mostly-stock build of Android (version 11, in this case), with a few exclusive features on top like Call Screen.

The Pixel 5 has one clear advantage over the Pixel 4 in the software department: longer support. Google currently promises three years of OS and security updates for each Pixel phone, and since it has been a year since the Pixel 4 was released, the Pixel 5 comes out ahead simply because it is newer. Google's own support documents say the Pixel 4 isn't guaranteed updates after October 2022, while the Pixel 5 will last until at least October 2023.

The ultimate question in most cases is "What is the answer to Life, the Universe, and Everything," to which the answer is 42, but here we're talking about if the Pixel 5 is a downgrade. Thankfully, we don't need a Deep Thought computer for this one — the answer is, in most ways, yes.

It's true that the Pixel 5 has some features generally reserved for high-end smartphones, like an IP68 water protection rating and wireless charging. However, the choice to use a slightly-worse Snapdragon 765G means the Pixel 5 doesn't quite stack up to most 2020 flagship phones in the same way the Pixel 4 did a year ago. Some people might not tell that much of a difference, especially if they don't play mobile games, but the difference is there.

The other issue is that the Pixel 5 isn't price-competitive, at least in the United States. The Galaxy S20 Fan Edition has disrupted the Android smartphone market in a way we haven't quite seen since the OnePlus One (and even then, OP was an unknown company), leaving the Pixel 5 and other Snapdragon 765G phones in worse positions than they otherwise would be in. When stacked up against the S20 FE, the Pixel 5 is worse in almost every way, except (arguably) the camera and software.

Samsung showcases One UI 3.0 design ahead of final release