Operating systems are incredibly complex pieces of software, so it's perhaps not too surprising that despite several beta releases, a few bugs snuck into the final release of Android 11. The update has apparently caused issues with Android Auto, leading to some drivers being unable to play music or read notifications.

There are many reports across social media of issues with Android Auto following the update to Android 11, including music cutting in and out, no notification sounds, no Calendar app, general connectivity problems, Waze not working, and calls not being routed through the car stereo. There are also at least two reports of Auto soft-bricking the connected phone (a Pixel 3 XL, in one case), forcing the owner to factory reset the device, which still doesn't fix issues with Android Auto.

One possible workaround was discovered by Reddit users Yewtsan and mtb_junkie, which involves turning off Bluetooth device scanning in the phone's settings. While Google hasn't yet promised a solution for all of the above-mentioned issues, the Android Auto v5.6 update has already been released with a fix for the missing Calendar app.

The November security patch started rolling out to Pixel phones today, and will arrive on other phones and tablets over the coming weeks/months. In addition to the usual security-related changes, the patch also includes a few fixes for Android Auto. Dropped phone calls and incorrect audio routing are now fixed, as seen in the below table released by Google. 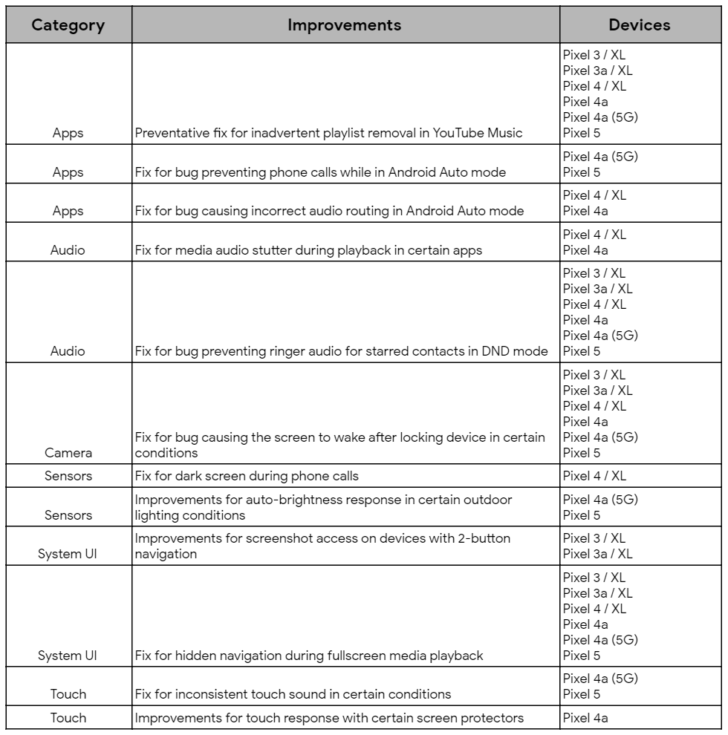