It's no secret that Google's Pixel Slate has been a colossal disaster since it launched in late 2018. Google was betting big on making a compelling tablet powered by Chrome OS, but the software quirks, egregious price, and awkward tablet experience made it a painful product to use. The good news is that Google fixed most of the weird software bugs with updates, resulting in a much-improved user experience that doesn't nearly impede your workflow as much as it did before. However, the Pixel Slate once again finds itself in a nasty predicament, and it's something that can't easily be fixed by updating the software.

Multiple i5 Pixel Slate owners are running into a filesystem issue causing their device to enter read-only mode after some time. Reddit user u/JeffHiggins managed to capture a log of the exact moment the filesystem got remounted into read-only. 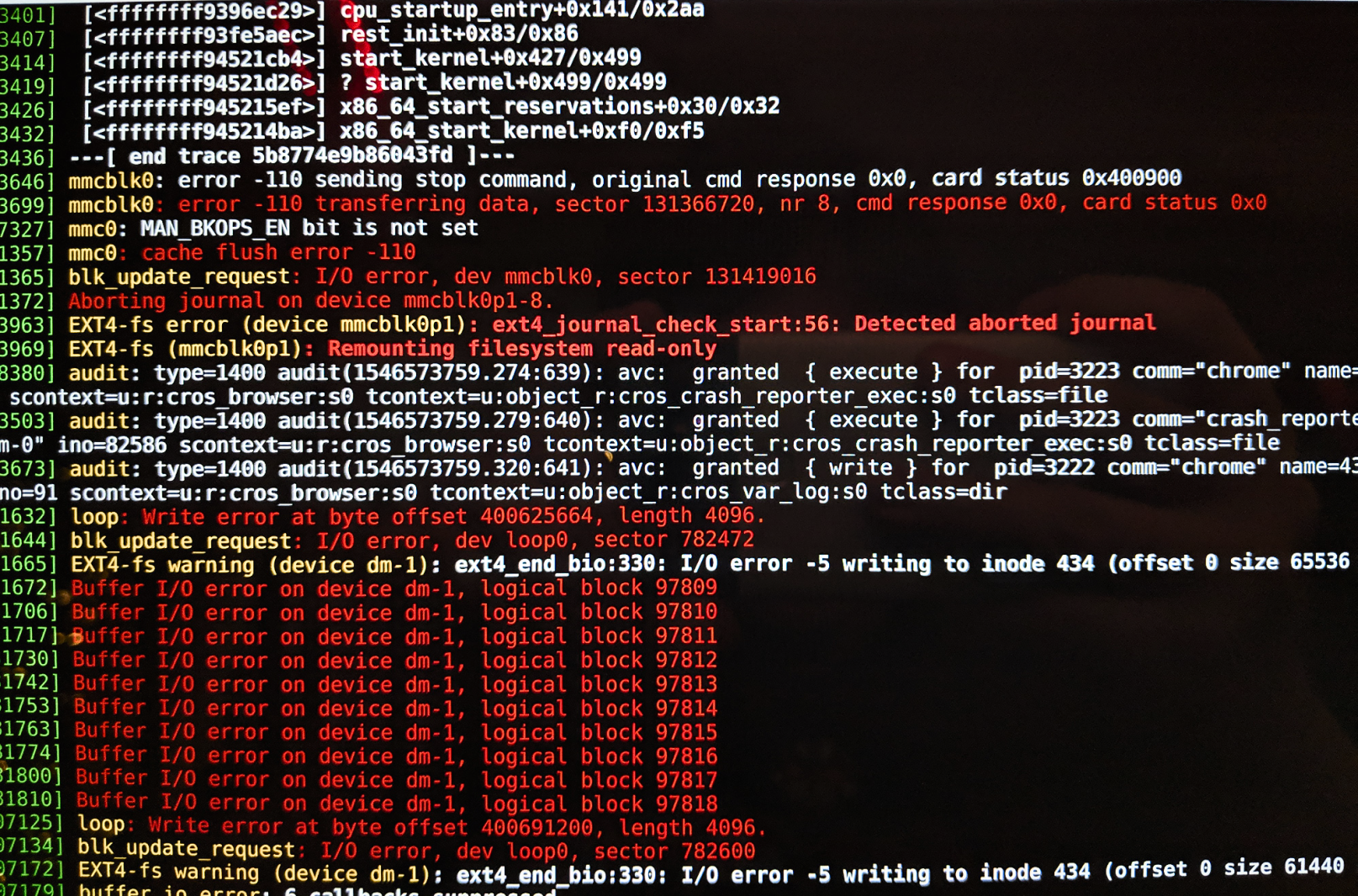 As we can see in the log, Chrome OS outputs several I/O errors right before the Pixel Slate remounts its file system as read-only. What's particularly interesting are the "ext4_journal_check_start:56: Detected aborted journal" and "cmd response 0x0, card status 0x0" lines in the log. These indicate that the connection to the flash storage was lost, the cause of which could range from defective flash storage to a failing port that bridges the flash storage to the Pixel Slate's motherboard. Based on our understanding of the output, this issue is caused by a hardware failure in the Pixel Slate. Although this log was captured about a year ago, many more Pixel Slate owners are running into this problem today.

The user-facing symptoms will initially start minor, like the favicons suddenly switching to gray generic icons when visiting a bookmark. Eventually, Android apps will start crashing in the background and annoying you with intermittent pop-up dialogs. Launching Android apps won't work anymore, and any operation that involves writing a file to disk, including creating folders and downloading files, will fail. Rebooting or resetting the Pixel Slate will temporarily fix it, but the problem will come back randomly, sometimes within minutes of booting or after a couple of days. Powerwashing, reinstalling the OS via recovery USB, and switching to different release channels did not fix those affected. 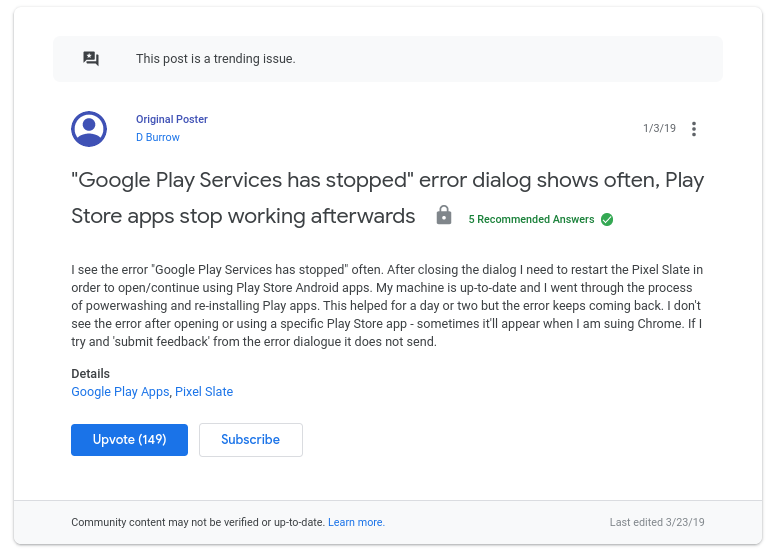 A Pixel Slate customer reported the issue about a year ago. The report hit trending with piles of other impacted customers reporting the same symptoms. Source: Google Support Community

The read-only filesystem woes have been documented in depth by two Pixel Slate owners who've reached out to us regarding this issue. Along with several others on Reddit and the Google Support community, these two users have exhausted troubleshooting steps to find a solution, but with no luck. While some customers can get a replacement unit under warranty, many owners are past that expiration date and find themselves getting the cold shoulder from Google Support. Multiple bug reports have been repeatedly filed with several stars on the bug tracker but with zero developer attention.

We reached out to Google to see just what was going on with the Pixel Slate's i5 variant. A representative tells us that Google has yet to reproduce or pinpoint the cause of this misbehavior. However, they assure that the Google product team is actively working on finding the root cause of these users' issues. In the meantime, the representative recommends those affected to follow these help center steps. We'll update this article when we hear more.

13 new and notable Android apps and live wallpapers from the last week including Android TV ...