When Google announced that its new budget champ, the Pixel 4a, would cost ₹30,000 — a whole 25% less than the Pixel 3a — it felt like Google has finally learned to hit the right note for India. The company nearly checked all the right boxes: the release was well-timed, coinciding with Flipkart’s month-long Diwali extravaganza, and user interest in the phone was right at its peak. It all paid off when the 4a opened to blockbuster sales with units flying off the (virtual) shelves, and then… Google happened. Stocks dried up in a matter of minutes, and Google wasn't able to replenish them for over two weeks.

You might argue that this one incident isn’t big enough to warrant such drama, but believe it or not, the subsequent wave of sales was even worse — lasting not even a minute, despite coming a full two weeks later, while also slightly raising the phone’s price. It seemed like Google put only a few thousand units up for sale in a country of over a billion. The scarcity was such that the company had to "pull a Xiaomi" and start doing flash sales.

The underlying problem is that Google failed to anticipate a demand this strong for its mid-ranger with a surprisingly reasonable price tag (we frankly don’t get to say that a lot about Pixels here). You might imagine that Google deferred the 4a’s release in India to build up enough stock for the festive season, but that's pretty clearly not the case from this vantage. It almost feels like Google deliberately wanted to miss out on a massive opportunity it got served on a silver platter. That’s when it’s selling only a single Pixel model in the country. Beat that!

Amount of stock of Pixel 4A flipkart has: 🤏🏻

Part of the reason why Chinese smartphone companies do so well in India is that they have a good grasp of the local market and remain on their toes to quickly adapt to shifts in general consumer behavior. That kind of flexibility and aggressive strategy is pretty much the opposite of what we see from Google. Still, if the Pixel 4a’s arrival is any proof, Google is indeed capable of causing quite a stir — if it wants to, that is. What comes in its way, though, is a lack of foresight, planning, and a proper product strategy that collectively hurts its market potential the most — both in the short and long term. Just look at the Pixel 4a’s case: Had Google accurately predicted the demand and made enough arrangements, it would have sent far fewer disgruntled buyers away — at a time when the Pixel range desperately needs some traction to stay relevant. And all this isn’t limited to the Indian market; even in the US, product availability often gets messy. How can we look away from the fact that the Pixel 5 could’ve been priced a lot better if it didn’t force the mmWave tax down everyone’s throat?

If the Pixel 4a’s arrival is any proof,Google is indeed capable of causing quite a stir — if it wants to, that is

I agree with Google’s decision not to bring the two pricier Pixels to the Indian market — kind of. The Pixel 5’s pricing would’ve been too out of proportion to make sense in the Indian market (even though I would’ve personally liked to pick one), but the 4a 5G could have offered a much-needed upgrade over the 4a without all the bells and whistles — and the price markup — of the 5.

In the market's current state, the single-device approach could help establish the Pixel name outside the tech bubble as a potential alternative to the Redmis and Realmes of the world. Google could even pitch its Pixels as a packaged experience to those willing to pay a little extra for something atypical. But who are we kidding? It’s Google! Doing any of that doesn’t seem high on the company's priority list, as most of its efforts in India have been concentrated at the very bottom end of the spectrum. It quite recently invested in Reliance Jio to make super-cheap 4G and 5G phones, much like what it tried to do back in the day with Android One and then again with Android Go. 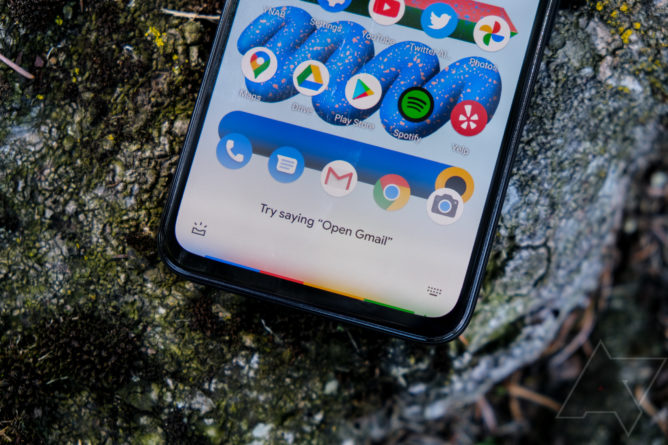 Beyond Pixel phones, even other product categories suffer from Google’s shortsighted decisions. For instance, none of its 4K-supporting Chromecast dongles have landed in India, while Amazon was quick enough to see and seize the opportunity. There’s no word on when the new Chromecast with Google TV will ultimately be available either; it possibly needs some work to integrate local streamers into the new interface before launch. Other than that, Chromebooks are practically nonexistent in the country, while not all Nest smart speakers are for sale here. Amazon also beats Google to the punch by bringing its Echo range to India and offers better integration with local apps and services. And above all, Amazon knows how to sell its products. Google should seriously be taking notes from Amazon on how to get its marketing right, especially for the hardware side of things.

Google often gets away with all this just because it’s primarily a software and advertising company, and hardware almost always takes a back seat — even though it’s been making phones for years now. What it needs to do is give more heed to how its products are positioned and take a customized approach for each of its prominent global markets, taking into account the longer-term outlook. If it’s serious about its hardware business, it needs to show a bit more dedication to streamlining its supply chain and handling availability issues. More importantly, Google is no longer making template phones for other OEMs to follow; it’s competing with those very same big-name players, and it’s about time it started behaving like one.