Bixby has never been the most popular voice assistant, but that hasn't stopped Samsung from finding ways to make us use it. From the dedicated Bixby button, to mapping it to the power key itself, Samsung would clearly like this to be a success. Its latest effort to entice users over to Bixby is a fresh new design that should look eerily familiar to anyone familiar with Google Assistant. But is a new coat of paint enough to make Bixby worthwhile?

Bixby's future looked uncertain when Samsung started cutting back on some of Bixby Vision's features, leaving many of us wondering if the rest of the service would follow. To the contrary, Samsung isn't finished with it and has announced one of the biggest visual overhauls of its assistant yet.

Google Assistant clearly inspired this redesign, and that's not a bad thing. The new Bixby might lack some of the refinement Google put into its own offering, but this is still a vast improvement over the old iteration. Previously Bixby would always open fullscreen, regardless of how it was activated. Now you'll get this overlay at the bottom of the display, with the option to open it fullscreen by tapping the home button on the bottom right. The trouble is, the design was never an issue — performance was. So has Samsung put lipstick on a pig, or has it made any meaningful changes?

Whenever I tried using Bixby in the past, it never understood me correctly. I'd clearly ask it something, but what it thought I said wasn't even close. As you can see in the video above, that's no longer the case. After messing with the new Bixby for a little over a day, I can say that it's just as fast and accurate as Google Assistant. In fixing this issue, Samsung has allowed the assistant's good points to shine through. When asked to toggle night mode, it turns it on and off itself, unlike Google Assistant, which only takes you to the settings page and asks you to do it yourself. Bixby Routines has been one of my most-used apps since switching to a Samsung phone, and now I can reliably activate my routines with my voice, rather than relying on a homescreen widget.

Samsung has also announced that Bixby is finally making the jump to DeX, the desktop version of One UI that pops up when you plug your phone into a monitor. It lets you open applications and search for content. 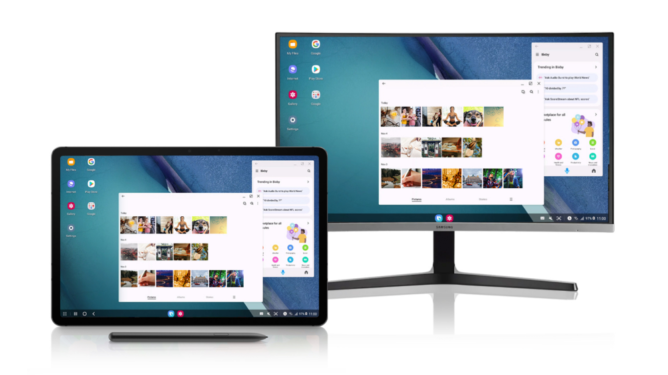 Sadly, this feels like too little too late. Google's solution is far smarter than Samsung's and benefits from deeper integration with third-party services. Unless Samsung manages to bring its assistant up to speed in that regard, it won't be able to compete. If you're curious, then it's worth checking out, but you still probably shouldn't make it your default.

The new Bixby is rolling out now through the Galaxy Store, or you can download it from APK Mirror.

The post has been updated with Samsung's official announcement of the Bixby redesign and new official imagery.