The process is as simple as you can imagine. Pull down the notification shade twice before or during a phone call to invoke the quick action tiles and look for the screen recording shortcut (you might have to add it via the pencil button first). Tap it to start recording and select your microphone as the audio source. A three-second countdown will appear in your status bar et voilà, the recording is active, indicated by a red pill at the top of your screen. When you're done, just pull down from the top of your display and stop the recording via the recorder notification. 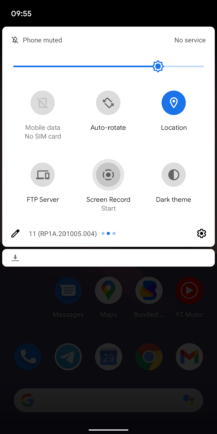 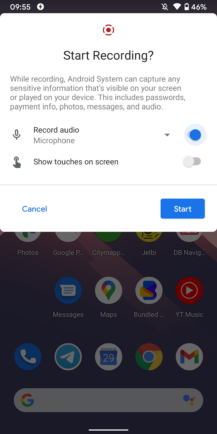 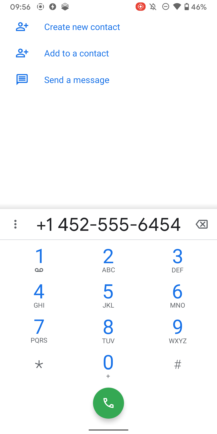 There are a few limitations. Since the recorder is utilizing your handset's microphone rather than the call audio itself, you need to turn on the speakerphone to hear the other party in the recording — the microphone needs to be able to catch what's going on. That also means that you'll have to record in a quiet, private place if you don't want to annoy people around you. You'll get a video file as the end result, so if you only want the audio, you'll first have to extract it via a tool of your choice.

You should think that you could alternatively choose microphone and internal audio in the recorder setup, but the internal sound recording is automatically blocked during phone calls, so it doesn't make a difference. 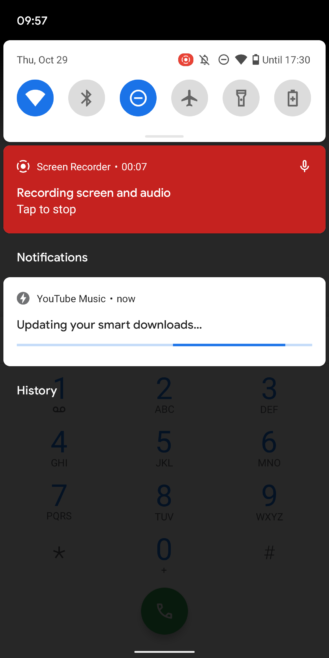 In contrast to the Phone app's integrated call recorder (only available for some), the other party won't be warned that they're being recorded. Keep that in mind, as phone call recordings are at least partially illegal in many states and countries, and you need to disclose the practice in some places. Check with your local authorities before you use the screen recorder for this to avoid breaking the law.

There are also some third-party apps that promise similar functionality by using accessibility services, root, or other means of getting access to the call audio, but if you're looking for a friction-free built-in solution, the screen recorder is the way to go.

Note that we only tested this method on Google Pixel phones running Android 11. It's possible that other handsets are also capable of recording phone call audio through their pre-installed screen recorders, but your mileage may vary.