Netflix is following up on last year's price hike with yet another. While most folks are looking to cut costs here at the end of 2020, subscribers can look forward to paying $18 a month for the "Premium" 4K 4-screen streaming plan, or $14 a month for the Standard 2-screen HD plan. Folks using the single-screen SD "Basic" Netflix plan will keep paying the same $9 a month, though, and T-Mobile's Netflix On Us perk is not changing, though the increase will pass through if you used it to upgrade to a higher tier.

Good news: #NetflixOnUs isn't changing. It's still on us!

If you upgraded Netflix to a higher tier, the price change will pass through in the coming months. https://t.co/NqOlQeMcd6

This price change is not global, according to The Verge, and is only rolling out in the US, though some parts of Canada also saw a rate hike recently. The company says the new cash will be used "so that we can continue to offer more variety of TV shows and films."

When Netflix last bumped its pricing, it was the big cheese of the streaming market. While that's still unarguably true today, competitors are more numerous now than they were then, and its position is less firm. Disney+ may have a more limited catalog, but it's off to an incredible start; in less than a year, it's accrued over 60 million subscribers. Netflix still has the lion's share with 193 million subscribers across all markets, but it's been struggling a little more in the US over recent days. Standalone services like CBS All Access (soon to be Paramount+) and NBC's Peacock are also on the rise, further stealing the company's thunder and content back catalog as Netflix continues to increase its programming budget. 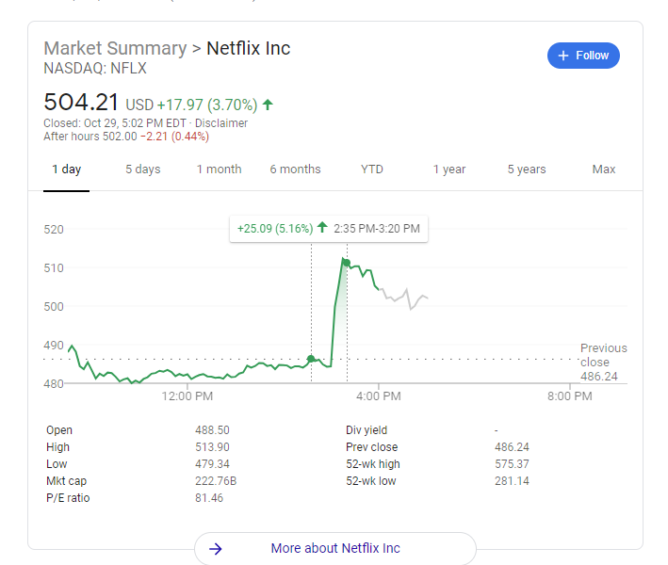 Netflix stock is up 5% on the news.

Netflix recently started promoting some of its content for free, in the hopes it might entice new subscribers. It's also been rolling its service out to more devices, like smart displays and Facebook's Portal, and it even earned a permanent button on the new Chromecast with Google TV.

Odds are this price hike will be a net gain for the company, even with any subscribers that might jump ship. The extra cash should help Netflix rely less on its leased catalog, aiding its ongoing quest to make bigger, better, higher-quality original programming and subsequently kill all of it after just two or three seasons.

Google One now comes with its own VPN on select plans

Google's stock is up 11% today as earnings beat expectations