Samsung is the only company left producing high-end Android tablets, most recently with the Galaxy Tab S7 and S7+. The latter model had a starting price of $849.99 when it was first released, but now you can get one for $100-200 off, depending on which configuration you go with. 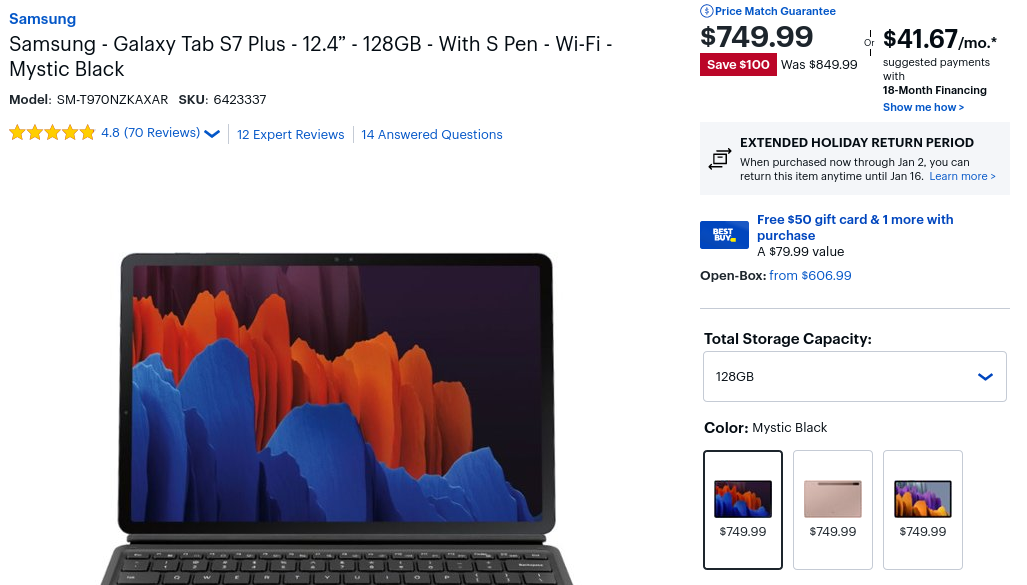 We gave the Tab S7+ an 8/10 in our review, thanks to its excellent build quality, solid performance, and DeX desktop environment. Android tablets still don't have as many tablet-optimized applications as iOS, but if you really want to stick with Google's operating system, the S7+ is as good as it gets. Keep in mind that while the S Pen is included in the box, the keyboard attachment is a separate purchase.