It's been a rough week for most Chromebooks following Google's ill-fated attempt to roll Chrome OS 86 out to the stable channel. Shortly after Google announced the major milestone update, I covered a slew of new features and improvement found within, including accessibility improvements, an improved login screen experience, and a refreshed gallery app. Although some people are enjoying OS 86 without problems, others are still anxiously waiting for the new update to land on their Chromebook. In a surprising move by Google, it silently pulled the build off the update server a couple of days before the update finished rolling out.

Not all devices were even receiving the update before it was put on ice, and the folks at Chrome Unboxed compiled an excellent list of Chromebooks left out before distribution was halted, including flagship models like the Pixelbook Go. Now Google's update database for Chrome OS shows that the update has been reverted for basically everyone (except for a few devices). Google hasn't issued any official statement explaining why it decided to halt the rollout, but we've reached out for comment — and we'll update this post if we hear anything.

This abrupt pause comes after Google recently patched five security vulnerabilities affecting Chrome 86 on all platforms, including CVE-2020-15999, a zero-day memory vulnerability in Google's implementation of FreeType in Chrome. However, like many other sources have pointed out, I don't think it's the reason why Google pulled Chrome OS 86 off its update server. After all, a hotfix update was released to tackle the problem even before Google stopped the rollout. A couple of other issues might explain why it was pulled, but to reiterate, we don't have official confirmation that supports any of this. 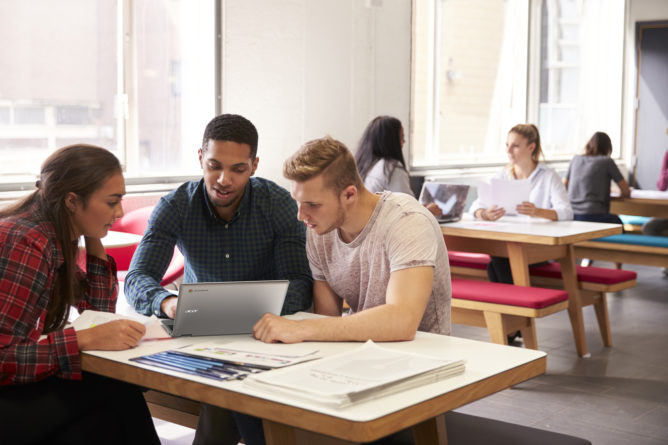 In my deep Chrome OS 86 update analysis, I covered a few problems to watch out for when updating to the new build. One notable glitch involves users not being able to print, even when the printer is registered to their Chromebooks. I haven't run into this bug, but considering how generally unreliable printing is (at least from my printer), I understand how frustrating the situation is. Many parents are also reporting the inability to sign into school accounts when a child is managed under Family Link. Several other issues affect Chrome OS 86, but the two bugs I mentioned are quite a big deal for an enterprise and school environment. Think about it: imagine if you're a student who's trying to get homework done. Not being able to print when you need it most — or even worse, not being able to access your school account to download your homework assignment — is going to be a huge problem.

Let's say you managed to update your Chromebook to this rather-problematic build of Chrome OS 86. Should you roll back? To answer this question, you really need to assess your experience with this release. If you aren't running into any problems right now, I recommend keeping it to avoid going through the tedious process of restoring your Chromebook. But if you are running into some issues and cannot find a solution online, you can revert to Chrome OS 85 using the recovery image stored on the update server. Check out the Chromebook Recover instructions at the Chromebook Help page for more information on how to recover your Chromebook.

I believe Google made the right call to pull Chrome OS 86 from the update server. As unfortunate as it is to miss out on cool new features, not being able to reliably print, nor connect to a school account when managed under Family Link are issues significant enough that Google couldn't leave them in the Stable channel. Hopefully, these remaining bugs will be solved soon so everyone can enjoy everything else Chrome OS 86 has to offer. I'll keep an eye on the situation and will update this post when the update resumes.

A Google representative reached out to the folks at Chrome Unboxed and confirmed that Chrome OS 86 is rolling out to all Chromebooks by the end of this week. The representative reports, "things are moving according to schedule, and there are no delays and no pauses happening." Although Google did not say why it took several weeks to roll out, the delay "was not due to an issue in the update or any problems in Chrome OS," and the Chrome OS updates serving page "has a bug that is causing them to report versions of Chrome OS across the board in an inconsistent and incorrect way."

This news comes as a surprise to me. Considering the serious bugs we touched on yesterday that impact many customers on Chrome OS 86, I imagined Google would halt the rollout until the issues were fixed. Further, I confirmed with multiple people that the update didn't land on their Chromebooks, despite the version discrepancy on Chrome OS updates serving as Google claims. Two weeks is a long time, and it's unusual for Google to roll out a Chrome OS update this slowly unless there is a problem with it.

Chrome OS 86 should be arriving for most systems in the coming days. If your Chromebook doesn't automatically update to the latest software, you can manually check for updates by entering Chrome OS Settings from the shelf quick settings, click "About Chrome OS," and press the "Check for update" button.