After testing in eight markets last year, T-Mobile is rolling out its TVision over-the-top TV service across the nation starting November 1. Starting with T-Mobile customers, cable-cutters will be able to compile a personal line-up from three tiers of a conventional package, a secondary package focused on specialized entertainment, and three premium add-on channels.

TVision, a no-contract service, will be available through Android and iOS mobile devices as well as Android/Google TV, Fire TV, and Apple TV. Customers will also have the option to pay $50 for a TVision Hub Android TV device — basically a rebranded Chromecast with Google TV. 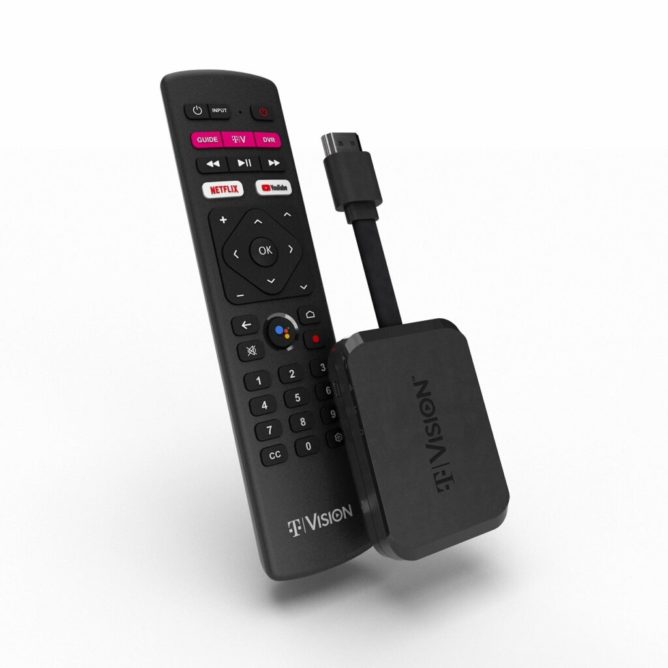 The primary TVision Live package comes in three tiers starting at up to 34 channels for $40 per month.

The Live packages allow for up to three concurrent streams, 100 hours of cloud DVR, and an on-demand catalog of more than 10,000 programs.

In addition to those bundles, TVision Channels brings in more individual network packages with three to begin with:

Users can view Channels on up to three simultaneous streams.

T-Mobile postpaid customers will be able to sign up starting November 1. Sprint subscribers can do the same sometime later in the month. Anyone who signs up for TVision Live+ or Live Zone by December 31 can redeem one year of Apple TV+ for free and have the option to receive an $80 rebate on an Apple TV 4K ($179).

The goal for TVision is to eventually reach customers outside T-Mobile's own subscriber base, but for now, the telco has a big haul ahead of itself to beat out the likes of Roku and Sling.