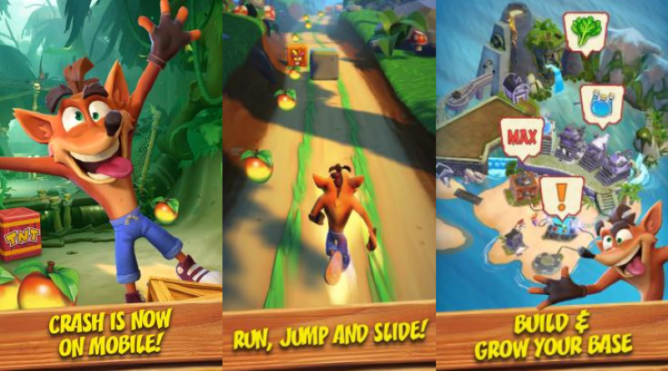 Back in February, two Crash Bandicoot fans uncovered a potential Crash Bandicoot game aimed at mobile, and even though it was clear the title was under development, there was no way to know if the game would ever officially see the light of day. Well, as of today, it looks like Crash Bandicoot Mobile is indeed coming to Android thanks to the fact that the title was just soft-launched in Malaysia. This means those that live in Malaysia can jump into the endless runner right now since it's free-to-play, though current reviews mention that they can't move beyond the tutorial, so clearly, there are still some bugs that need to be addressed.

While King has yet to make an official statement about the existence of Crash Bandicoot Mobile, today's appearance on the Play Store is proof enough the game exists, and ideally should be launching soon since it's already available as a soft-launch title in select regions. Now, we don't know if the game will be released worldwide, though it's clear it's available is in English, so it should, at the very least, see a Western release. We also don't know how the game will be monetized, and even though the current Play Store listing doesn't mention in-app purchases, I have a feeling King is going to monetize the game just as aggressively as the rest of its catalog. 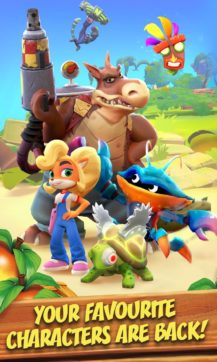 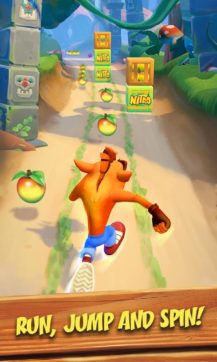 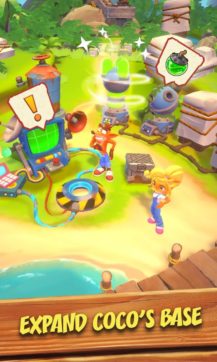 Register QR-Code
Crash Bandicoot: On the Run!
Developer: King
Price: To be announced

Crash Bandicoot: On the Run is the official name for King's upcoming endless runner

This past April, King soft-launched a Crash bandicoot auto-runner on Android in select territories, and today King has finally announced the game through social media as well as a website and Play Store listing.

The game is officially titled Crash Bandicoot: On the Run, and since it just popped up on the Play Store, you can pre-register for a release announcement. If you choose to pre-reg, you'll unlock an exclusive Blue Hyena skin whenever the game is released, though we still don't know when the game will officially arrive. As far as gameplay is concerned, we know that the game is an auto-runner and that you'll gather ingredients on your runs to craft weapons. Beyond that, I've heard rumors that On the Run is relatively dull and only offers a few levels, so let's hope that King will have polished the tile beyond its soft-launch content whenever the game is released.

King reveals Crash Bandicoot: On the Run will arrive spring 2021

This past July (2020), King finally opened pre-registration for Crash Bandicoot: On the Run, an upcoming endless runner that had been leaked by a few fans back in February (2020). Well, it would appear the game is still under development, though King has revealed it will officially arrive in spring 2021.

King announced this loose launch date early this morning after the iOS listing revealed the release date as March 25th sometime yesterday. Of course, it's worth keeping in mind that Apple App Store expected release dates are often used as placeholders, but now that King has officially revealed in a tweet that Crash Bandicoot: On the Run will arrive this spring (2021), it's probably a safe bet to expect the game to launch on the Play Store the same days as it's released on iOS, which is supposed to be March 25th (2021).

Today's tweet also revealed that Crash Bandicoot: On the Run should offer 100's of hours of gameplay (a bold claim for an endless runner) while also offering 50 separate boss fights that will span across the game's 12 worlds. Beyond that, there's a new gameplay trailer available, and the iffy framerate may be a clue as to why it's taking King so long to release this game. Still, if you're eager to get your hand on Crash Bandicoot: On the Run, feel free to pre-register through the Play Store widget at the bottom of the page.