With Hangouts on its way out, Google Fi users might have been wondering how they would access their messages on the web. We learned from a teardown back in May that Messages for Web would be getting Google Fi-specific features, and it looks like this new experience is now rolling out.

According to our tipster, a new "Google Fi settings" item appeared in the advanced section of the settings in the Messages Android app (see screenshots). This allows you to sign into your Fi account so it can sync texts, calls, and voicemail with the Messages desktop app. To get this working, you'll be asked to turn off RCS chat features. With Fi sync activated, you'll be able to make calls and send texts from Messages for Web, even when your phone is switched off. All of your messaging, calls, and voicemail data will be stored in the cloud, and you can choose to have it sync over Wi-Fi only if you're worried about data usage. 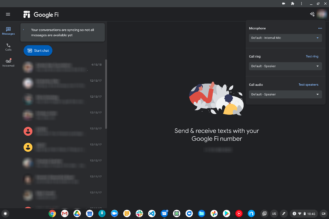 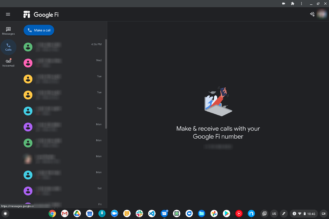 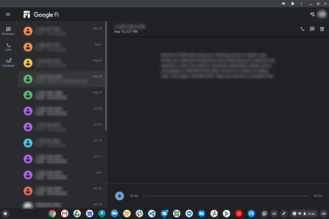 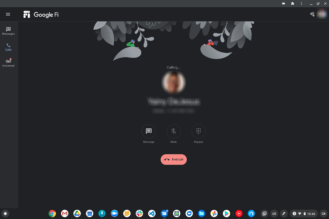 After settings up Fi sync and heading to Messages for Web, you'll notice the UI has changed somewhat. There's a Google Fi logo in the top left and a vertical navigation rail on the left side for moving between messages, calls, and voicemail. There's even a nice new incoming call ringtone that you can listen to below.

In another neat feature, Voicemails are accompanied by a transcript so you can skim the content without having to listen to them. In the top right, next to your profile image/account setting, there's an audio options menu where you can change the microphone and call speakers. The main settings menu hosts a wide range of options for voicemails and calls, such as alerts and hiding your caller ID, and there are even keyboard shortcuts that you can utilize. 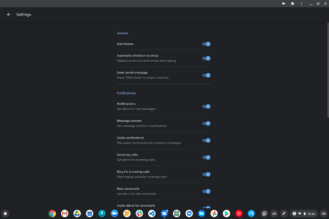 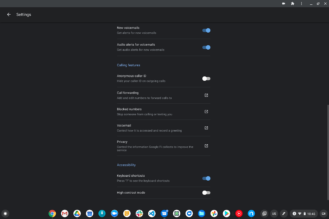 Naturally, there's a dark theme and plenty of notification options, and you can also access your archived text messages (with the option to unarchive them if you so wish). It's hard to say how widely this is rolling out at this stage, but it's possible that only a select number of test users will have access to this at the moment (US-only, of course). Let us know in the comments if it's available to you. For more information about using Google Fi with Messages for Web, check out Google's support page.