Android has supported app shortcuts since 2016, but some popular apps still haven't implemented the feature yet. We found evidence that Instagram was about to change that in October 2019, though it took the company until now to finally roll out shortcuts widely. Most people should now be able to tap and hold the Instagram icon on their home screen to quickly access the camera, create a new post, view their activity, and open direct messages. Additionally, Instagram has quietly reworked the Stories archive, which is now organized in three sections. 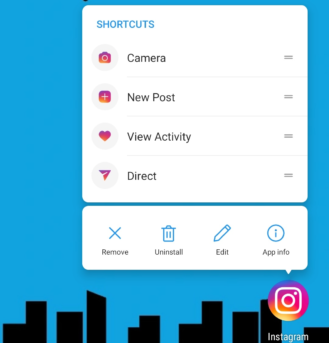 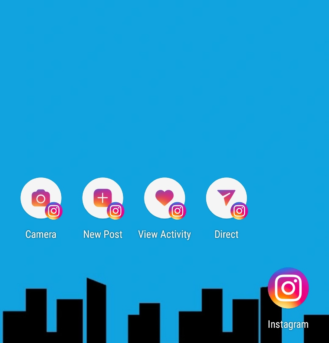 The app shortcuts have been in testing for months, so it's possible that some of you already have had them for a while. Judging by the number of reports we're receiving, it appears that they're now rolling out much more widely. If you use any of the shortcuts a lot, you can give them a spot on your homescreen by tapping and holding the desired menu entry and then dragging it anywhere — that's possible for any app's quick launcher actions.

The Instagram developers have also reworked the Stories archive, as spotted by Dutch blog DroidApp. It's now comprised of three sections: A first one that lists all of your stories in reverse-chronological order, a calendar view, and a map view (which is only populated if you attach location information to your Stories). As before, the archive is only visible to you, except for the Stories you've added to your profile's highlights.

Since both the shortcuts and the new archive is coming your way via a server-side update, there's no new app version for us to share, but it always makes sense to stay up-to-date with the latest releases from the Play Store or APK Mirror.

Google Duo's captions for audio and video messages are rolling out