In case you don’t already know, Google syncs all your Play Movies & TV (now Google TV) purchases with YouTube, making the latter a neat way to stream your rentals on the web. On a normal day, you’re able to watch your movies at full resolution (depending on what you paid for) across all your devices, but it seems that YouTube’s been restricting the video quality to 480p on the web since last week — even for HD purchases.

Our tipster found out on Friday that while playing a rented movie in a web browser, YouTube didn’t show any video quality options above 480p, while the same video supported HD elsewhere. Many of us on the team came across a similar behavior when we tested this, just like another Twitter user who has been facing the same issue even earlier. One could easily link this to the recent Covid-19-induced streaming limits, but the YouTube support team suggests that a different backend problem is behind this new restriction. 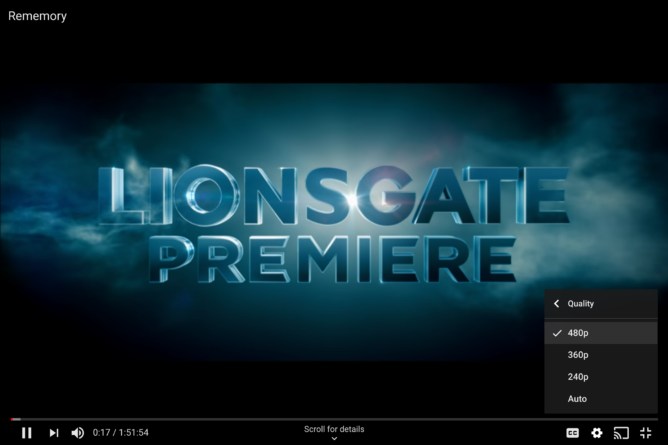 In response to our tipster’s query, YouTube said that they had to disable HD playback on the web due to a technical issue they recently uncovered — without diving any deeper into what exactly that was. The cap will be removed once the problem is fixed, though there’s no timeline for that, so it could take days or even weeks before things get back to normal. While there’s no mention of TV shows in YouTube’s response, the quality limit may apply to them as well as movies.

In the meantime, you can continue streaming stuff from your Play Movies & TV library on other devices (including mobile screens, Android TV, and Chromecast) as HD playback doesn’t seem to be affected anywhere except the web.