Hot on the heels of its competitor CrossOver, Parallels has announced that its Windows virtualization service is now available on Chrome OS for Enterprise, allowing businesses to run a full Windows emulation right on their Chromebooks. This follows months and years of preparation work, with initial teasers landing in June and August.

Like the version for macOS, Parallels for Chromebook Enterprise makes it possible to run Windows apps inside a virtual machine. In contrast to the already available platform-agnostic server solution, the VM runs locally on Chromebooks and doesn't require an active internet connection. Google cooperated with Parallels and created a sandboxed environment for Windows on Chrome OS, ensuring that the system is secure and isolated. 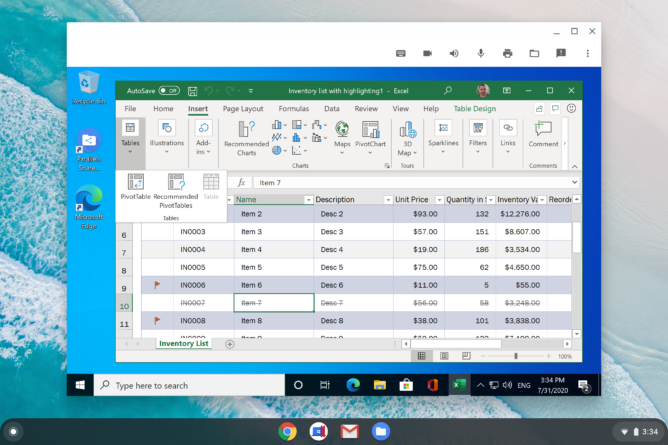 To make working across the two operating systems easier, Parallels has added a few smarts. There's seamless mouse support, shared clipboard, folders, and printers, options to open web links in Chrome, and tie-ins with Chrome OS' "Open with ..." dialog. Parallels alternatively also lets you use any browser compatible with Windows within its VM if you want to give desktop-class Edge or Firefox a go on a Chromebook.

Further features include dynamic resolution, which allows you to change the VM's resolution by resizing its window. There's also support for Chromebooks' fullscreen option (the button in the F4 position), allowing Windows to take over the complete desktop so you can pretend you have a Windows laptop. Chromebooks should additionally support Windows touchpad gestures like two-finger scrolling and pinch-to-zoom.

Parallels could be incredibly helpful for those relying on Microsoft Office. Chromebooks usually limit you to the basic online variants of Word, PowerPoint, Excel, and Co., but with software like Parallels, you can run the full experience right on your local machine. That also applies to any other Windows app you wouldn't normally have access to. 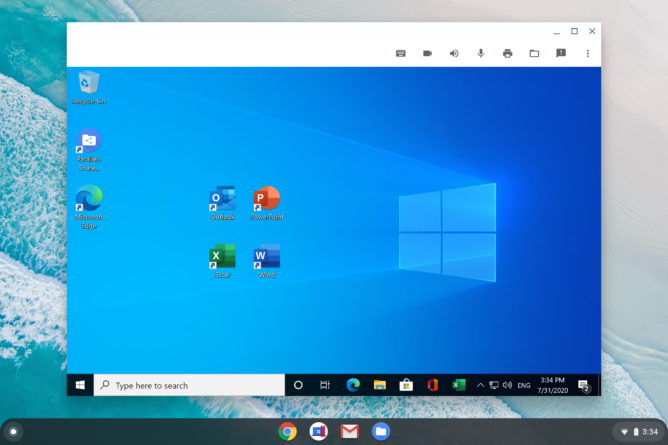 Parallels Desktop for Chromebook Enterprise is now available for $69.99 annually per user. It also requires a Windows 10 license. More details and a free one-month trial with up to five users are available on Parallels' website. The company has yet to announce when its service will come to regular folks.

Puppy love for the Pixels spills over in latest Google ads