Mobile video doesn't always have to mean it's shot on a smartphone, and DJI proved that with the launch of the Osmo Pocket back in 2018. It took a while, but DJI is back with an updated version of the wand-with-a-camera called the Pocket 2, and it's improved in basically every way. The Pocket 2 follows the same basic form factor from the original, but with a new camera, improved audio system, and support for an accessory ecosystem. 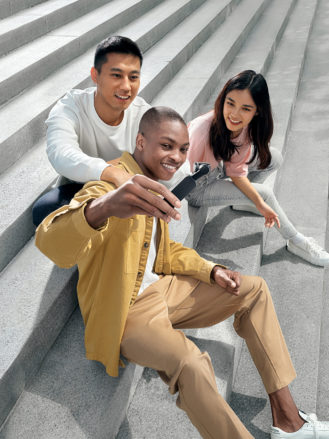 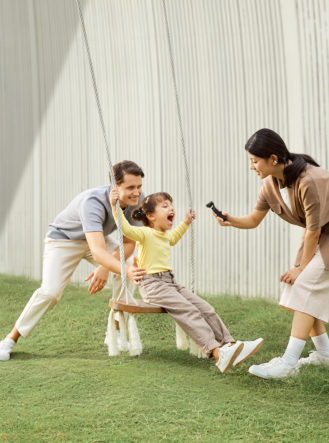 Many of the features in the Pocket 2 were designed for vloggers and travelers, but it remains a simple tiny camera that's suitable for just about anybody. The body is smaller and lighter, weighing in at just 117g, but with over 2 hours per battery. There are a few modular elements allowing for accessories like a smartphone mount, external microphone, a Wi-Fi module, and several others.

DJI put special attention into the audio system, which had been one of the sticking points from the earlier Osmo Pocket. The new system includes four built-in microphones to cover different angles, and it's possible to connect an external microphone for even better audio. The built-in mics can even selectively pick microphones based on where they hear sound coming from and where the camera is pointed. Those extra mics also enable wind reduction and audio zooming to match the camera.

As you would expect, the camera has also been completely replaced, and it looks mighty similar to the Mavic Air 2, and even has several similarities. The 1/1.7-inch sensor is larger than the previous generation and supports 4K @ 60fps through the 20mm f/1.8 lens. It's a quad-bayer sensor, so it can shoot still photos at up to 64MP, or step it down to just 16MP and get incredible dynamic range. There's a 4X lossless zoom, or you can go up to 8X to get a better view of things that are far away. HDR support will also be added with an update at a later date. 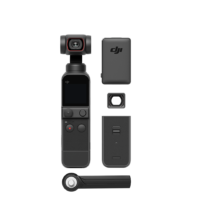 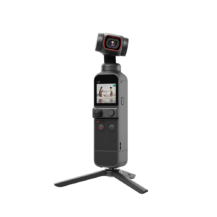 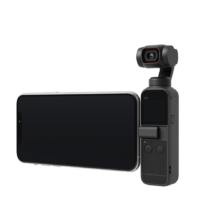 Like all of DJI's products, you'll find a good selection of software capabilities like ActiveTrack 3.0, various shooting configurations, and the ubiquitous Story Mode. The DJI MIMO app also supports live streaming and an upgraded editor for quick on-the-go videos.

DJI also added some clever and useful features to the Pocket 2. There's now a 'fast wake' feature that starts recording as soon as the Pocket 2 is turned on. There's also drop detection so the power can be turned off and the camera can be repositioned to reduce the danger of an impact. And if you're moving around, the gimbal can be locked so the camera won't be flopping around loosely whenever you're moving.

The Pocket 2 will be available for purchase on November 1st. The base model with tripod mount and mini control stick will be priced at $349. There's also a Creator Combo that adds a wide-angle lens, wireless mic (with windscreen), an external handle, and a micro tripod for $449. Other accessories are available individually.

You can find more specs and order the Pocket 2 at the DJI website. If you'd like a small discount, my referral code will knock $10 off the price.