Dead Cells is an extremely popular roguelike that was ported to Android back in June (2020), though the mobile version is on a different upgrade path compared to the console or PC versions. This is why the Legacy Update landed on PC back in 2019 and is only now arriving on mobile. Luckily it would appear the wait was worth it since today's update brings with it a plethora of new features and content to the Android version that's all available for free if you already own the game. 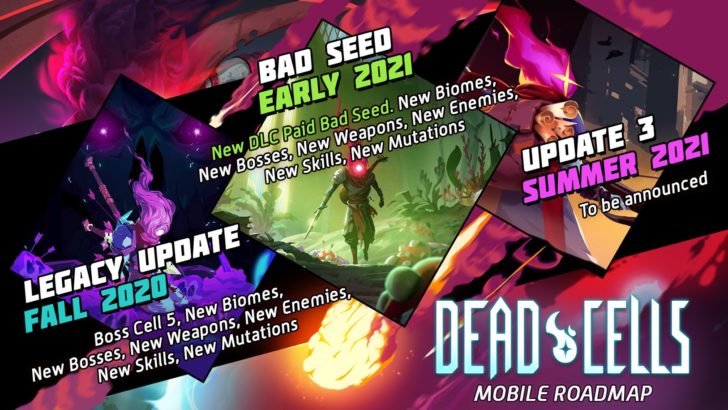 Since the mobile version of Dead Cells isn't updated at the same time as the console or PC versions, it's tough to know when to expect new content. Thankfully the developer recognizes that this is an issue, which is probably why the studio tweeted a mobile-specific roadmap back in August. As you can see in the pic above, the Legacy Update was planned for fall, which just arrived, and the next update Bad Seed should land on the Play Store sometime in early 2021, with a third unnamed update planned for summer 2021.

You have waited long enough, the free #LegacyUpdate for #DeadCells is here ! But are you really ready for it ?

Of course, the big news today is that the Legacy Update is here and that it brings with it a plethora of content, such as new difficulty options as well as new biomes, enemies, bosses, weapons, skills, and mutations. So if you'd like to see what the Legacy Update offers, all you have to do is update Dead Cells, and if you don't happen to own the Android version of the game, you can grab a copy from the Play Store widget linked below for $8.99.

Your movie purchases from Google can only be played in 480p on the web, even if you bought the ...