In the wake of our Pixel 5 review, we were left thinking about the subject of haptics and what, precisely, separates good haptics from bad. It's hard to quantify a sensory experience, and that's part of why phone reviews are a thing. But we've dug into the subject, and even sat down with Cirrus Logic (who makes haptic solutions for phones) for a quick educational course. 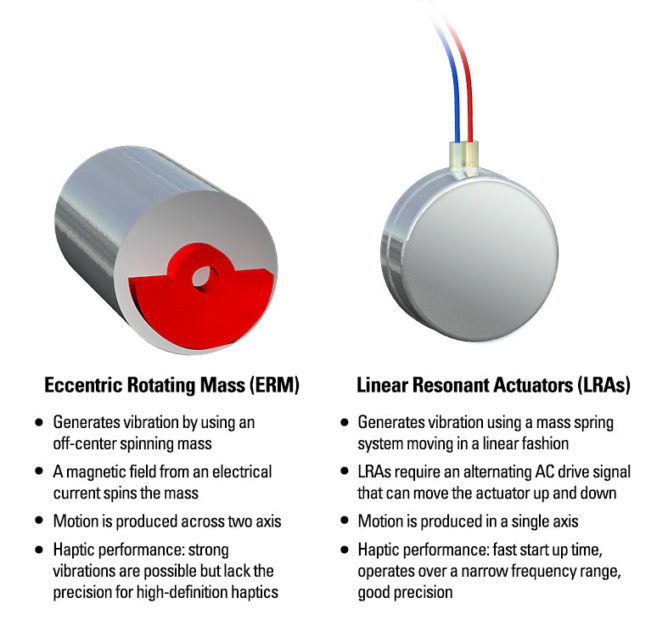 First, let's review the basic mechanics. Your phone doesn't just magically vibrate on its own, and there aren't bees trapped inside (probably). There's a dedicated module inside your phone that moves when the phone tells it to produce that haptic feedback, leveraging basic physics and inertia to turn the motion of a mass into a sensation you can feel. When it comes to phones, there are really just two types of these modules: eccentric rotating mass (ERM) motors and linear resonant actuators (LRA). 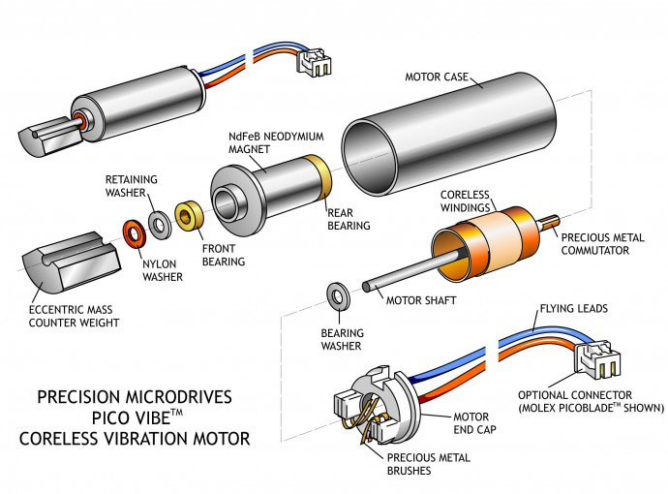 If you remember the bad old days of smartphone haptics, or if you have a particularly cheap phone, then you are familiar with ERM motors. They aren't super precise because of how they work: it's literally just a motor with a lopsided weight on it. That means a transition as it speeds up and down, different strength at different speeds, and there isn't a whole lot of control, precision, or feedback. If you remember smartphone criticisms like "haptics louder than they feel," that's what this sort of solution is often described as. 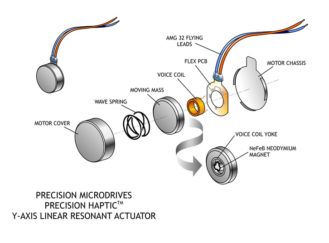 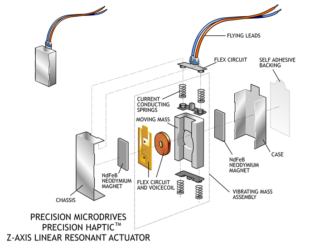 LRAs, on the other hand, are the modern Cadillac unit. They're single-axis, concentrating all their movement along one line (hence: linear in the name). More technically speaking, they consume less power, decouple amplitude from frequency, and can start and stop moving more quickly. In practical terms, all that combines to mean they can offer more variety and deliver a sharper sensation. As with everything, there are other disadvantages, but in general, LRAs are more crisp and less "fuzzy" feeling. (There's also a variant of LRAs called VCMs that are sometimes used, but for the sake of our discussion, we'll simply conflate them together.)

LRAs in action with X-ray video.

Even among the world of LRAs, there are better and worse designs for phones — longer rectangular LRAs like the one in the Pixel 4 series generally perform better, but hardware isn't the whole story. Software can be even more important. Unfortunately, that's where inquisitive folk like us start running into the walls of trade secrets. Apple's Taptic Engine, for example, is the peak of smartphone haptics, but the company has been mum about almost all of the details behind just how it works. However, Cirrus Logic was willing to sit down with us and explain how its hardware and software improve smartphone haptics in Android devices. Its products are included in most of the Android phones we praise for haptic performance, like the Pixel 4 series and Galaxy S20, so we have to assume they know what they're talking about.

Software matters just as much (or more)

You can't just apply a voltage to an LRA and call it good; it needs a controller to, well, control it, sending precisely tuned signals to the LRA. In the case of Cirrus Logic, its controllers can store specific haptic effects, and smartphone manufacturers can build and add their own, too. (Cirrus Logic also provides software tools to make those, plus other novelties that can synchronize haptics in real-time to things like ringtones, etc.) That means instead of just turning haptic feedback on and off, the controller can send a more complicated set of signals called a "click waveform" to produce a specific effect. 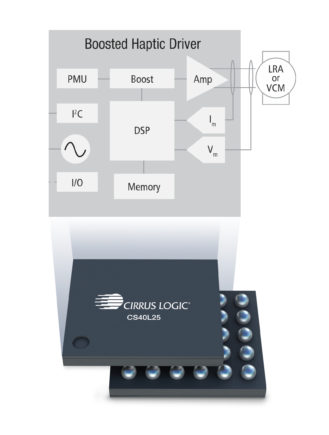 But you actually need even more on top of that for the best possible results. See, LRAs are moving parts. That makes them subject to all sorts of other things, like changes in temperature and wear. If this were a math problem on paper with spherical cows in a vacuum and John was carrying eighty identical apples, it would work fine, but reality isn't so forgiving. To mitigate that, Cirrus Logic has a feedback mechanism that takes data from the LRA as it operates, feeding it back into the controller to compensate for age, temperature, and even variety in manufacturing tolerances, all on the fly. It's called closed-loop control, and we have to assume other solutions like Apple's have something similar. It makes for a more consistent experience over time.

Beyond tuning for specific click-waveform effects or consistency, software also generally enhances performance, modulating the signal to boost how quickly the motion in the LRA starts or stops for sharper sensations. A precise "click" feeling, for example, requires a fast hard stop, and better control like that enhances the variety of effects you can produce.

So what makes good haptics?

We review a lot of phones here at Android Police, so we have an idea of good and bad haptics in the sense that we can point at a specific model or notification for each. In brief, good haptics feel "crisp" and offer consistency and variety. You need to be able to recognize different sensations it produces for different actions or alerts, and those can be strong or weak as required — super-strong haptics aren't a blanket good thing. Lastly, they need to be convincing for the sensation they mean to evoke or the functionality they mimic. 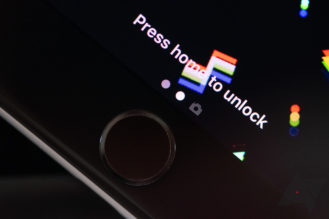 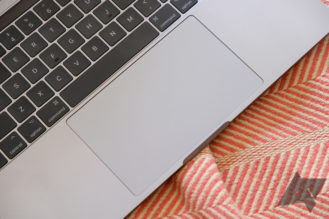 For the obvious example, let's talk about Apple again. The Force Touch feedback in the touchpad on its MacBook laptops is kind of incredible, convincingly simulating a "click" sensation without an actual button. The same goes for the Taptic Engine in Apple's iPhones, which can produce a mildly stunning variety of sensations, from a woodblock being struck in your pocket to a deep rumble to a light tap. The feedback on even the lowest-end iPhone SE is so good, you'd be convinced the button on its face was real. That is good haptics. 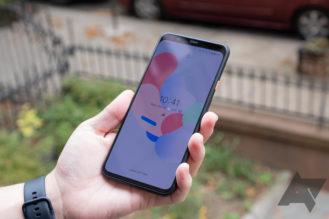 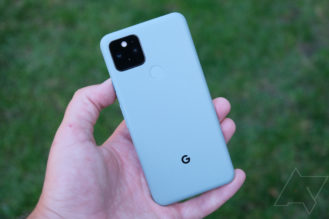 What we've got on Android doesn't really compete, but the closest we have are phones like last year's Pixel 4, which offer some of that experience in terms of pure crispness, though we're still sadly lacking the incredible and precisely tuned variety of sensations Apple can produce. And even with companies like Cirrus Logic making strides there, we'll probably need a more concerted effort from phone manufacturers and maybe even Android itself before we're in the same league.

Google's latest Pixel 5 is a step back for the company when it comes to haptics, but now you know a little more about what separates good from bad, and how a tap or alert turns into something you feel in your hand or pocket.