Assistant is one of Google's most important products, found on everything from TVs to watches. Over the years it's gotten a bit fragmented, though, with different UIs and capabilities depending on which device you're using. Thankfully, it looks like Google is currently rolling out an update which unifies the interface across phones running both the old and new versions of Assistant.

It looks similar to the design spotted in testing earlier this year, with the multi-colored light bar animation on the bottom and bubbles for quick access to Google Lens and other suggested actions above that. Devices like the Pixel 4 that run the "new" Assistant and older ones that don't are both receiving this new redesign that unifies the Assistant interface. 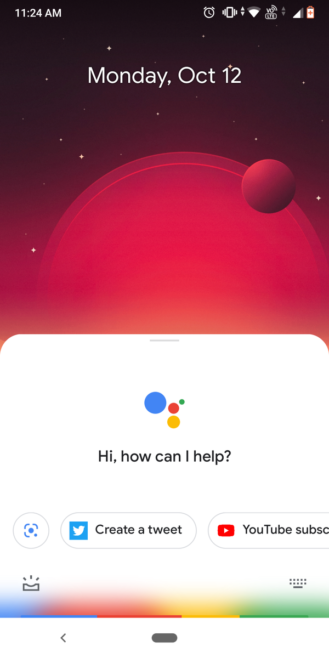 Whether you use gestures or buttons, you'll still see the same UI.

While these changes don't impact the functionality of Assistant, it's nice to see Google starting to land on a single look for its voice assistant.

The UI refresh seem to be going live for more devices right now. Google loves a good server-side rollout, so your mileage will vary when it comes to receiving the new design for Assistant. Making sure you have the latest version of the Google app from APK Mirror or the Play Store wouldn't hurt, though, since that's the app Google uses to bring Assistant functionality to devices.

Samsung Reminder can now sync with Microsoft To Do, Outlook, and Teams