Verizon-owned Yahoo has already made a few lightweight versions of its bloated applications, intended for Android Go devices or other phones with minimal amounts of memory/storage. The latest addition is Yahoo Lite, which is now available on the Play Store and only takes up around 1MB of space.

Yahoo Lite is using Google's Trusted Web Activity framework, which gives developers a way to package their web applications as native apps while maintaining Chrome's performance and features. There are some subtle changes compared to visiting yahoo.com on a mobile browser, like fewer redirects to external sites and a native share feature instead of social media buttons, but it's more or less the same experience.

However, Yahoo doesn't appear to have finished adding the asset link key to its website, which causes Chrome to display the app as a Custom Tab instead of a fully independent app. Yahoo Lite also doesn't include app shortcuts or some of the other functionality possible with TWAs, but maybe that will change down the road. 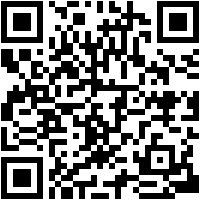