A new heart icon has been spotted in Google Discover (née Feed), replacing the previous button that triggered the familiar more/less slider for tuning its content to better match your tastes. This isn't just a visual change in iconography, either, as tapping the new heart button doesn't open any menu, apparently and simply indicating to Google that you liked a given piece of content. So far, the change seems to be in limited testing.

Above Left: The old button. Above Right: The new heart-shaped button. Below: The current more/less slider. 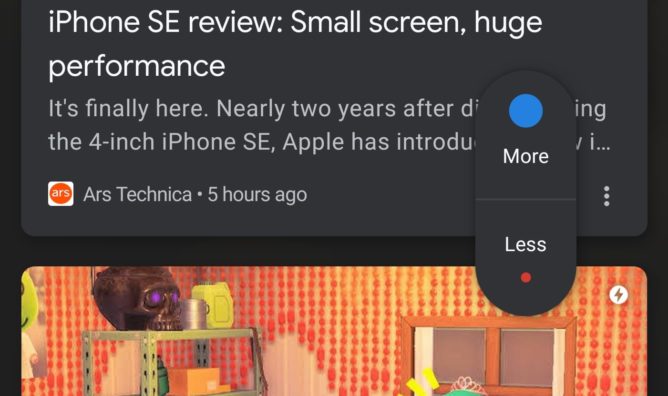 As mentioned, the heart button is more than just a change in the icon. Previously, tapping the dot-and-line icon spat you to the More/Less tuner you see just above. The two options do almost exactly what you expect, tuning your Discover content to show more or less of whatever you tell it. But with the new heart icon, all that happens when you tap it is the heart changes red — an indicator that you liked it, presumably.

Tap it, and the heart turns red, indicating you liked it.

We don't have this tweak live on any of our own devices, so it's tough to say what other things it changes, but according to our tipster, options to tune Discover's behavior (like marking a subject as uninterested or blacklisting a venue) are still present in the three-dot menu. But if you liked the apparent granularity that the More/Less options provided, it seems Google is considering changing that.

If we find out there's any other difference in behavior, or if the change rolls out more widely, we'll let you know.

The heart button appears to be rolling out more widely, as we've received several more reports from Android Police readers, and it has even showed up on some of our own phones. It functions just like it did in the initial test — tapping it brings up a toggle to choose if you want to see more or less content on the same topic. 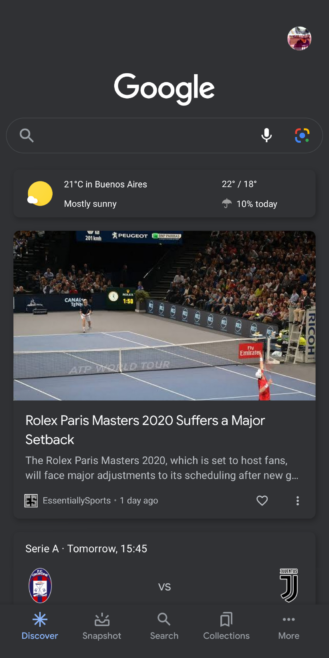