Sony phones always follow the same pattern: they start off far too expensive in the United States, then slowly fall in price until they are acceptable purchases. Now you can get an Xperia 1 and a pair of Sony's WH1000XM3 noise-cancelling headphones together for $750, a savings of around $150 compared to buying the phone and headphones separately.

The Xperia 1 was originally released last year, and comes equipped with a Snapdragon 855 chipset, 6GB RAM, 128GB of internal storage (with microSD expansion), a 6.4-inch 4K OLED screen, a 3,330mAh battery, and triple rear cameras. It shipped with Android 9 Pie, and was updated to Android 10 a few months later. Sony hasn't officially said if the Xperia 1 will get Android 11, but the company's normal policy is two major OS updates, so we would be surprised if the phone was being left behind this early. 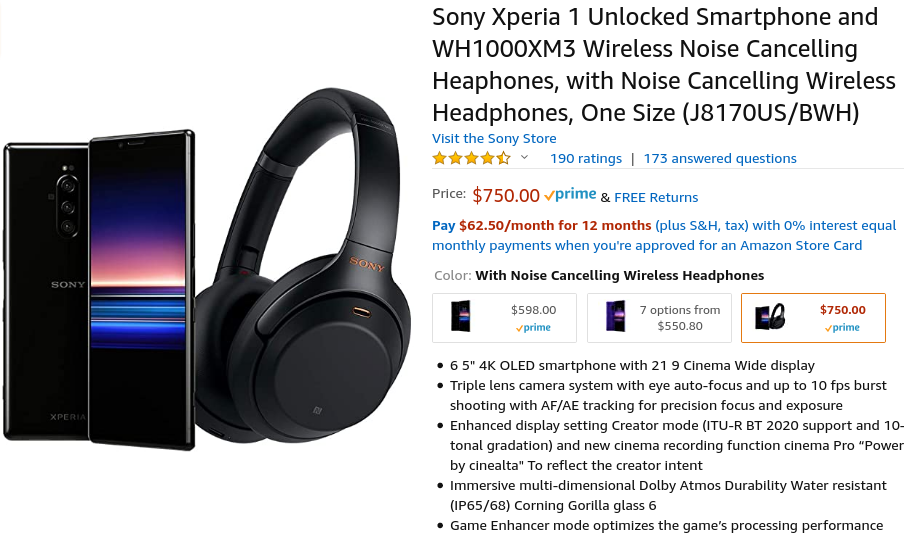 The other item in the bundle is the WH-1000XM3, widely regarded as one of the best noise-cancelling headphones (including by us). It was just replaced by the even-better WH-1000XM4, but the pair in this bundle still offers fantastic sound quality and best-in-class noise cancellation.