Twitter recently brought a custom share sheet to its iOS client that replaced the operating system's native solution, causing some disgruntled reactions. Now the social network's Android app is in for a similar treatment, though the two variations of a new UI are just replacing the application's already existing custom share sheet — and the new ones are definitely an improvement. 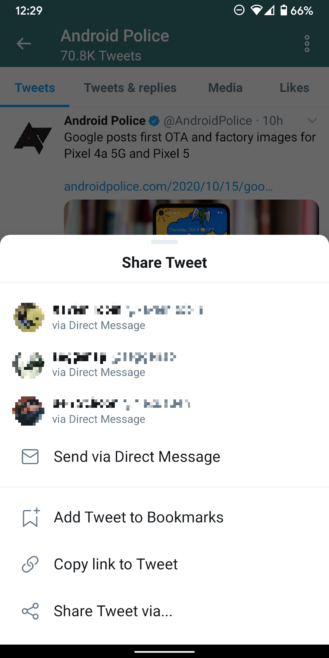 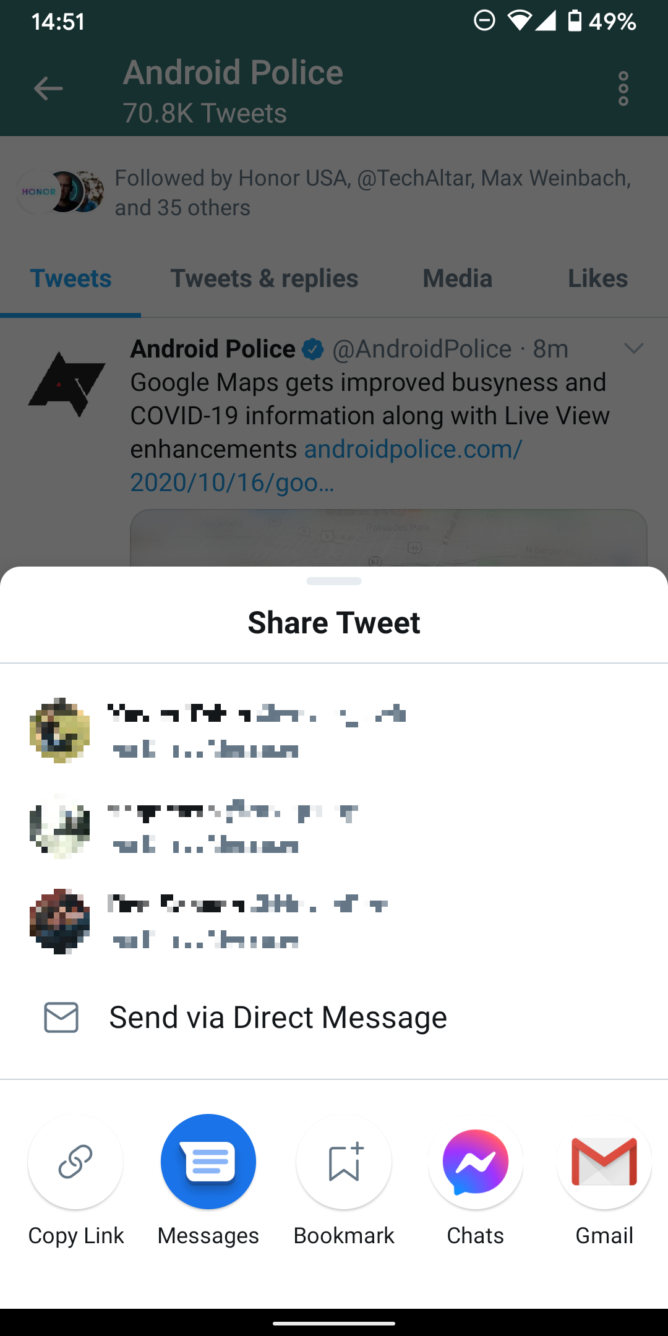 The old/current custom share sheet lets you send tweets to a selection of recent contacts via direct messages, and you can add content to your bookmarks or copy a link to a tweet. When you want to use another app, you need to tap the "Share Tweet via..." entry. One of the new implementations retains all of the old options in an extra row, including a shortcut to the system share sheet, but it adds another row with direct sharing options to other apps.

Another denser variation also keeps the previously available custom shortcuts, but it puts all but the "Send via Direct Message" buttons in the same row as other apps. By default, the "Share via" shortcut is hidden at the end of the vertically scrolling list, but as soon as you tap it, it takes one of the first spots — the share targets are sorted by engagement. This variation is almost 1:1 identical to its counterpart on iOS. Unfortunately, you can't hold the share button to open the system share sheet, which is an option on Apple's platform.

Both new share sheets haven't rolled out widely yet and seem to be limited to the beta and alpha versions for now, where they appear to be assigned to users at random. You can download these unstable releases from APK Mirror (beta, alpha), but a server-side switch might also be involved, so your mileage may vary. With recent performance improvements to Android's native share UI, I'd love for more apps opting for it over their own solutions, but since even Google itself prefers custom implementations, I don't see that happening anytime soon.

The Pixel 5 is not enough — and way too much