While the Tab A7 isn't among Samsung's higher-end tablets, it does pack in enough power for the average user. 3GB of RAM and a processor that's fine for social media and light gaming should make most users happy. The 10.4" 2000x1200 display has smooth rounded corners and a thin symmetrical bezel that brings to mind Apple's new iPad Air. With 32GB of storage that's expandable via microSD up to 1TB, and quad Dolby Atmos speakers with support for surround sound, the Tab A7 should be great for lounging around the house watching Netflix. 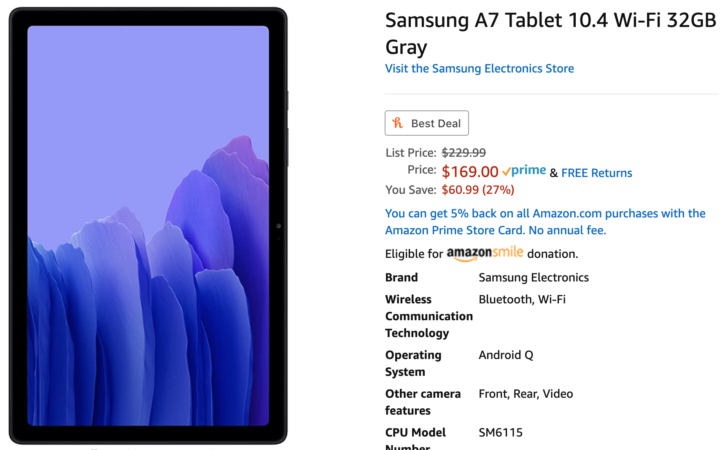 Both Amazon and Walmart seem to have this sale going right now, but it probably won't last long. It looks like Amazon only has the Gray model available, while Walmart is offering both Gray and Gold options. If you want a tablet with mid-range specs, a high-end design, and a low-end price — this is it.