In contrast to the Chromecast Ultra, the Chromecast with Google TV doesn't come with an Ethernet power brick included. That might not be a problem for most people, but a wired connection is a boon for those of us who live in particularly Wi-Fi crowded areas in an apartment complex. For those who absolutely need a wired connection, Google has finally started selling the Ethernet adapter for the Chromecast with Google TV. You'll have to shell out $20 to become the proud owner of one. 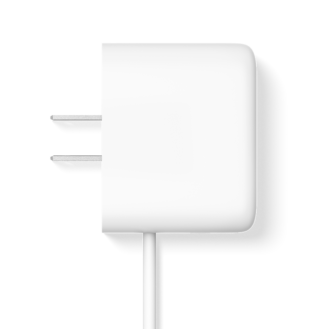 The power brick has been available for pre-order ever since Google started selling the new Chromecast, and now it's fully up for purchase and shipping. The adapter is as simple as it can be and works just like the one included with the Chromecast Ultra. It's a power brick with both a USB and an Ethernet plug, so you have to run a network cable (not included) from your router to the brick and the USB connection will take care of the rest. The port supports 10/100Mbps, and the brick supplies 5V over 1.5A.

You can get the Ethernet adapter on the Google Store via the link below. Its $20 price tag might make it not worth it for most of us, though, especially with the latency-sensitive game streaming service Stadia only coming to the new Chromecast next year.