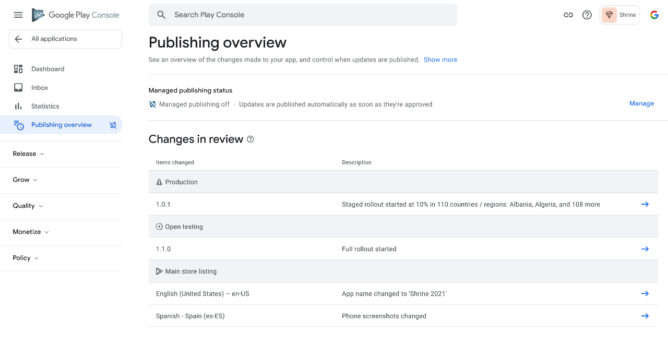 The first big change comes in the form of a new publishing overview page that shows where different versions of an app are in the review process, and gives a clear view of what will be displayed on the Play Store when an app is published. This will make it easier to see approval progress at a glance and coordinate releases with other members of an organization. 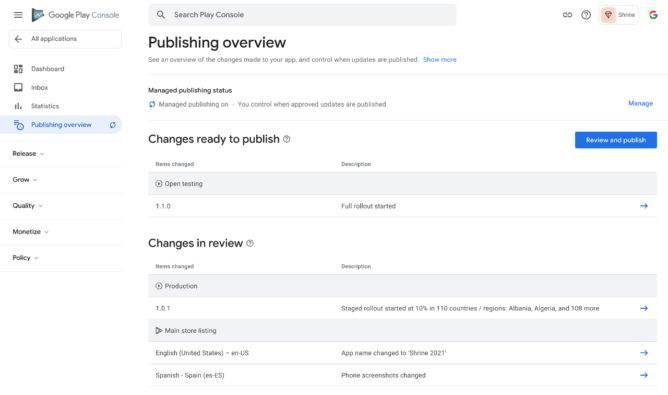 Released in 2015, Timed Publishing gave developers a way to post their updates on a specific time and day, but it was awkward to use with new apps because they would have to go through a couple unintuitive steps before scheduling, and it has become less reliable after Google Play introduced its review process.

Managed Publishing will split your updates into a list that's ready to be published and another that's still under review. Developers can now publish individual updates separately without waiting for approvals on every update, which was a limiting issue in Timed Publishing.