You may have never heard of it, but MO: Astray is a positively-reviewed action-platformer that landed on PC in 2019 and has amassed many emphatic reviews thanks to its quality Metroidvania-like gameplay. The title comes from Archpray Inc. and appears to have been published on PC and the Nintendo Switch by Rayark International, the same company that's publishing the title on Android, probably best known for its rhythm games. So we already know the mobile port for MO: Astray is in good hands, and as of this morning, you can pre-register on the Play Store for the upcoming Android release.

Since MO: Astray has existed on PC since 2019, I've linked the PC trailer above because an Android-specific trailer doesn't exist yet. As you can see, this is a beautiful game that offers excellent pixel-based graphics. You can also see that movement revolves around a slingshot-like mechanic, which should ideally work well on touch screens. More or less, this is a Metroidvania title, which means it plays like a platformer, and yes, you can expect puzzles and boss fights, plus the story is pretty good too.

So far, details surrounding the Android port are still light, so there's no word when the game will be officially released on the Play Store, or how the title will be monetized. It's my hope the game will arrive as a premium release, though Rayark does have a penchant for adding in-app purchases to its games, so I guess we'll have to wait and see how things turn out. At the very least, it's a good sign that MO: Astray is offered at a singular price-point on Steam and the Nintendo Switch.

So there you have it. MO: Astray is a quality Metroidvania title that's soon coming to Android, and starting today, you can pre-register to receive a notification upon its release. So if this sounds good to you, feel free to pre-reg through the Play Store widget linked below. 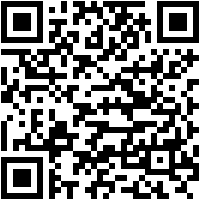